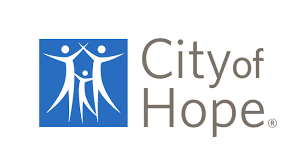 Patients with cancer enrolled in private Medicare plans have less access to high-volume hospitals and face increased 30-day mortality rates for certain surgeries than those who are enrolled in traditional Medicare plans (TM), according to findings published in the Journal of Clinical Oncology.

MA plans are gaining popularity in the United States, according to study authors. These plans can be differentiated from TM by the way the government requires that private insurers limit the beneficiaries’ out-of-pocket spending. These plans also integrate prescription-drug coverage and supplemental benefits, such as dental care, vision, and gym memberships, which is unique from TM. Part of how private insurers provide these services is by restricting beneficiary options to certain in-network providers and hospitals and regulating the use of specialists through utilization-management techniques, including prior authorization.

It was estimated that 29 million Americans were enrolled in privatized Medicare health plans (Medicare Advantage) as of April 2022, comprising 46% of Medicare beneficiaries nationally. Over 6 million patients are California residents, and nearly half (47%) are enrolled in MA plans.

Insurance played a role in what type of hospital patients were likely to attend. For example, patients with TM were more likely than MA beneficiaries to receive treatment at teaching hospitals (23% vs 8%), CoC-accredited hospitals (57% vs 33%), and NCI-designated cancer centers (15 vs 3%). Additionally, these patients were more likely to undergo procedures at institutions with a higher volume of available beds (median, 374 vs 286), intensive care unit beds (28 vs 24), operating rooms (18 vs 14), and annual inpatients surgical volume (4276 vs 3690).

Except for esophagectomy and pancreatotomy, MA beneficiaries experienced greater delays (> 2 weeks) between diagnosis and frontline therapy than TM beneficiaries. The percentage of patients who underwent resection within 2 weeks, respectively, was 29% and 22% for lung resection, 36% and 30% for gastrectomy, 26% and 15% for hepatectomy, 45% and 34% for colectomy, and 29% and 22% for proctectomy.

Ultimately, insurance type did not wield significant influence in 30-day mortality rates for lung, esophagus, colon, or rectal operations, although it did for stomach, pancreas, and liver operations. The failure-to-rescue was identified as higher in MA beneficiaries for liver operations alone (ARD, 5.5%).