The FDA has granted a rare pediatric disease designation to the p-STAT3 inhibitor WP1066 for the treatment of patients with ependymoma, a rare type of tumor that can develop in the brain or the spinal cord.

The FDA has granted a rare pediatric disease (RPD) designation to the p-STAT3 inhibitor WP1066 for the treatment of patients with ependymoma, a rare type of tumor that can develop in the brain or the spinal cord.1

“The FDA’s recognition of the high prevalence and unmet needs in the treatment landscape for ependymoma, especially in pediatric patients is a significant milestone as we continue to advance and expand the WP1066 development program,” Walter Klemp, chairman and chief executive officer of Moleculin, stated in a press release. “We currently have orphan drug designation for WP1066 for the treatment of brain tumors, as well as RPD designation for 3 other pediatric indications, and believe that ependymoma represents another important rare indication.”

In January 2021, WP1066, which is an agent that appears to directly elicit tumor cell death and rouse the immune system to eliminate tumors, was granted 3 RPD designations in diffuse intrinsic pontine glioma, medulloblastoma, and atypical teratoid rhabdoid tumor.2,3

Waldemar Priebe, PhD, professor of medicinal chemistry in the Department of Experimental Therapeutics of the Division of Cancer Medicine at The University of Texas MD Anderson Cancer Center, made the discovery that led to the development of the agent.2 Priebe examined naturally-occurring compounds in propolis, which offered the opportunity to evaluate the ability of caffeic acid benzyl ester (CABE) to inhibit p-STAT3, which is an important target for cancer therapeutics.

By looking at CABE, Priebe was able to identify novel compounds that could more strongly inhibit p-STAT3. WP1066 moved to the head of the pack after it proved to be able to successfully inhibit p-STAT3 and other important oncogenic transcription factors like c-Myc, HIF-1α and HIF-2α.

WP1066 has been shown to have antitumor efficacy spanning a wide array of tumor cell lines; the agent has also resulted in a survival benefit in several animal models. Moreover, WP1066 can enhance antitumor effects of the immune system and its response to tumor activity. Investigators postulate that the agent may have a dual-action mechanism that permits it to treat an array of resistant tumors and to be more amenable to be paired in novel combinations for unresponsive tumors.

Additionally, the addition of WP1066 to checkpoint inhibitors could lead to additive or synergistic effects that could improve outcomes in patients who are receiving the immunotherapy, according to Moleculin Biotech, the drug developer.

In ATL-T, SLVL, and human brain malignant cell lines, WP1066 was found to significantly abrogate PD-L1/2 expression in a recent study. Incubation of the drug obstructed the growth of lymphoma cells and induced cell apoptosis.4,5 Results from another study suggested that the agent could have efficacy when paired with a CTLA-4 inhibitor, as CTLA-4–induced immune suppression mostly occurs via the STAT3 pathway.6

“We continue to be encouraged by the data WP1066 has demonstrated to date and believe it has potential to be an effective therapy for pediatric patients with ependymoma,” Klemp added in the release. Ependymoma begins in the ependymal cells within the brain and spinal cord that line the passageways where cerebrospinal fluid flows. Although this disease can present at any age, it is mostly reported in young children.

The RPD Priority Review Voucher Program was developed as a way to incentivize the development of novel treatments for pediatric patients with rare diseases. Under the FDA’s rare pediatric disease designation program, the regulatory agency can grant a priority review voucher to a sponsor who receives an approval for a product for a rare pediatric disease, which is defined as a serious or life-threatening disease that primarily impacts those up to 18 years of age.

If WP1066 is approved for this indication, the pharmaceutical company would be able to receive a voucher that could be redeemed to receive priority review for a subsequent marketing application for a different product candidate or that could be either sold or transferred.

This article was originally published on OncLive as, "FDA Grants Rare Pediatric Disease Designation to WP1066 for Ependymoma." 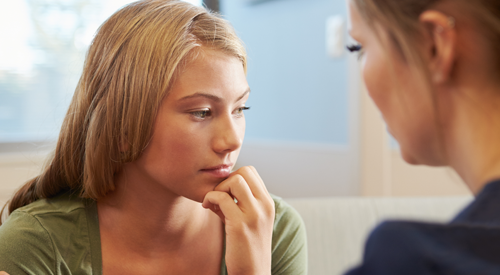 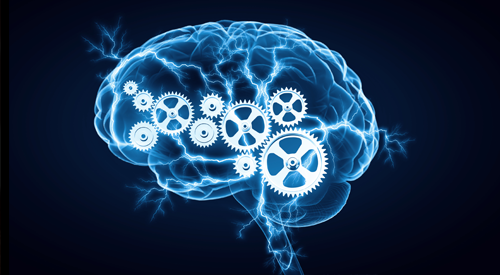 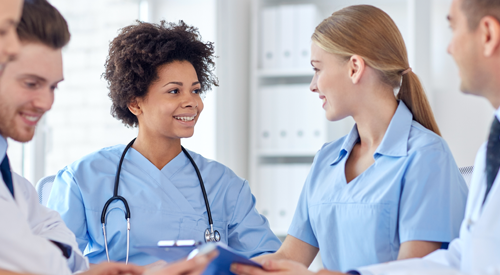 Adolescents and young adults who have cancer also have a negative body image, financial toxicity, and concerns about family planning.

Patients who receive high cumulative doses of triple intrathecal therapy may be at an increased risk of neurocognitive problems.

Although oncology nurses are trained to show empathy and offer support, they lack the resources to adequately care for patients with acute mental health problems.