Reirradiation May Play a Role in Recurrent Glioblastoma, Although Optimal Treatment Remains Controversial 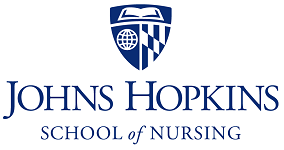 Concurrent treatment with reirradiation and bevacizumab prolonged progression-free survival, but not overall survival, in patients with recurrent glioblastoma.

Reirradiation, in addition to concurrent bevacizumab (Avastin), improved progression-free survival (PFS) but not overall survival (OS) outcomes in patients with recurrent glioblastoma (GBM), according to findings published in the Journal of Clinical Oncology. The treatment was found to be tolerable, with no delayed grader 3 or greater treatment-related central nervous system (CNS) adverse events.

“Although the combination of re-irradiation and bevacizumab did not significantly improve OS for patients with bevacizumab-naïve recurrent GBM, NRG Oncology/RTOG1205 confirmed meaningful improvement in PFS, including the 6-month PFS rate, with concurrent re-RT and BEV compared with BEV alone, which most patients consider clinically beneficial,” Christina Tsien, MD, FRCP, professor of radiation oncology and molecular sciences at Johns Hopkins School of Medicine, and co-investigators wrote. “This is especially true when considering that treatment was safe and well-tolerated with no delayed CNS treatment–related toxicities.”

Unfortunately, there is a paucity of effective treatment options for glioblastoma, despite it being the most common primary brain tumor in adults. Radiation has been shown to significantly improve OS in newly diagnosed GBM and irradiation is now offered to certain patient with localized recurrences.

Existing studies have indicated that reirradiation improves disease control and is well tolerated in the recurrent population. By delaying disease progression, providers may be able to help their patients mitigate chronic steroid use and potentially decreased neurologic symptoms. However, recurrent GBM is a heterogenous disease, and analyses documenting the benefit are insufficient.

Bevacizumab is an anti-VEGF therapy that has been shown to improve PFS, if not OS, in this setting. It received FDA approval for this indication in 2009. Various trials have combined bevacizumab with other therapy regimens, including temozolomide, irinotecan, and nitrosoureas, without improved efficacy. Investigators noted that there were multiple reasons to combine irradiation with bevacizumab, but they specifically hypothesized that the combination would enhance the radiotherapy response, by increasing the anti-VEGF effect using radiotherapy to targeted resistant glioma stem-cell-like cells, thereby lowering the incidence of radiation necrosis and CNS toxicity.

Eligibility criteria for this trial included a diagnosis of recurrent glioblastoma with histopathologically confirmed or unequivocal imaging evidence of tumor progression within 21 days of study registration.

“Radiation plays an important role in the initial treatment of brain tumors. The current study shows that a second course of radiation with concurrent bevacizumab is well tolerated and prolongs progression-free survival in patients with recurrent GBM,” added Ingo K. Mellinghoff, MD, neuro-oncologist, internist, chair of the department of neurology and chief of brain tumors services at Memorial Sloan Kettering, in response to findings. “Although this treatment did not prolong OS, local disease control remains an important goal in this disease with limited treatment options.”

“Re-irradiation remains a reasonable option for patients with small volume of recurrence, methylated MGMT promoter status, and good KPS,” study authors added. “Re-irradiation should not be withheld on the basis of age as treatment remains safe and results in comparable outcomes. Future cooperative group studies should consider prospectively evaluating the neurocognitive, symptom burden and [quality of life] benefit of salvage interventions in this patient population.”