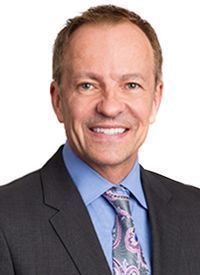 Rucaparib (Rubraca) monotherapy may represent an effective first-line maintenance treatment option for patients with advanced ovarian cancer, with or without homologous recombination deficiency (HRD), according to findings from the ATHENA-MONO trial (NCT03522246), which pitted the PARP inhibitor against placebo in this setting.

However, the rate of grade 3 or worse anemia and neutropenia in the intervention group was 28.7% and 14.6%, compared with 0% and 0.9% with placebo, respectively.

“In ATHENA–MONO, rucaparib maintenance treatment significantly improved PFS vs placebo for patients with newly diagnosed advanced ovarian cancer regardless of BRCA or HRD status,” Bradley J. Monk, MD, of the HonorHealth Research Institute, University of Arizona College of Medicine, Creighton University School of Medicine, and co-investigators, wrote in the study. “These data suggest that rucaparib maintenance treatment can provide benefit for a broad set of patients who have responded to first-line chemotherapy.”

ATHENA is an international, multicenter, randomized, double-blind, phase III trial including 4 treatment arms (rucaparib, nivolumab [Opdivo], rucaparib plus nivolumab, and placebo). There are 2 separate and dull independently powered comparisons looking at the efficacy of rucaparib monotherapy and rucaparib combination therapy (ATHENA-COMBO [NCT03522246]). In this assessment, investigators reported the efficacy and safety results dorm the ATHENA-MONO arm. Results for ATHENA-COMBO are not yet mature.

Eligible patients included those with stage III-IV epithelial ovarian, fallopian tube, or primary peritoneal cancer who were 18 years or older. All patients needed to have completed cytoreductive surgery before chemotherapy or following neoadjuvant chemotherapy, completed 4 to 8 cycles of first-line platinum-doublet treatment, including a minimum of 4 cycles of a platinum/taxane combination (bevacizumab [Avastin] was only allowed during the chemotherapy phase) and have achieved an investigator-assessed response. They also needed sufficient formalin-fixed paraffin-embedded tumor tissue available for planned analyses and a known BRCA mutation result.

Patients were randomly assigned within 1 weeks of their day 1 of their last cycle for chemotherapy. They were assigned 4:1 to receive either oral rucaparib plus intravenous (IV) placebo or oral placebo plus IV placebo.

Of the 427 patients randomly assigned to rucaparib, most patients (78.4%) did not have a BRCA mutation.

The study, still ongoing, has 53 patients still enrolled in the rucaparib group and 11 patients in the placebo group. The median duration of follow-up between the 2 groups was 26.1 months vs 26.2 months.

At 24-months of follow-up, 45.1% of patients in the rucaparib-treated groups were progression free, compared with 25.4% ofpatients in the placebo group. An exploratory subgroup analysis showed that rucaparib showed greater PFS benefit than placebo in all the included subgroups, including by tumor HRD classification: BRCA-mutant, BRCA wild-type/LOH high, and BRCA wild-type/LOH low disease.

OS data are not mature; 24.7% of deaths had occurred in the intention-to-treat group at data cutoff.

The median dose intensity was 0.88 in the experimental arm and 1.00 with the placebo group. Ultimately, 96.7% of patients developed a TEAE of any grade with rucaparib and 92.7% of patients in the control arm also experienced a TEAE. The most common TEAEs were nausea, asthenia/fatigue, anemia/decreased hemoglobin, and increased ALT/AST.

Two patients in the rucaparib arm died because of a TEAE, including a myocardial infarction and pulmonary embolism, and because of multiple organ dysfunction syndrome. Investigators decided that these were unrelated to rucaparib. No patients in the placebo group died as a TEAE complication.

“The safety profile for rucaparib in ATHENA-MONO is consistent with that of rucaparib in other settings and other PARP inhibitors in the first-line maintenance setting,” study authors stated.“No clinically meaningful differences in patient-reported outcomes were detected between study groups, suggesting that rucaparib maintenance treatment did not negatively affect patients' health-related quality of life vs placebo.”

Investigators noted that the ATHENA-MONO analysis 4:1 random assignment were favorable in encouraging participating, the placebo group sample size can limit the interpretation of some of the subgroup analyses. However, they assert that the data demonstrated a clear trend toward PFS benefit with rucaparib over placebo.