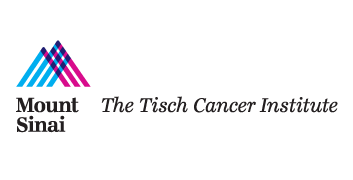 Catamero, who is the associate director of Myeloma Translational Research at The Mount Sinai Health System, recently presented on the successful launch of 6 clinical trials out of satellite sites associated with Mount Sinai. Since opening, her team has enrolled 3 patients on therapeutic trials, and 10 patients on non-therapeutic trials. Among these patients, 85% are from minority patient populations. Moreover, according to Catamero, nurses play a critical role in helping to establish satellite sites.

“Nurses played a key role in educating staff and helping patients get through [the] politics at our network sites,” Catamero said in a presentation of her experience at the International Myeloma Society’s 6th Annual Nursing Symposium. “The key was to have stakeholders, such as industry, to help us expand our clinical trial portfolio. By attempting to offer clinical trials in these community settings, we're hoping to improve overall outcomes.”

Unfortunately, despite significant advances in the treatment of multiple myeloma the improvements in survival have been less than half for black patients compared with white patients.2 Black patients face a mortality rate that is twice as high as that of white patients.3

However, studies have suggested that if black patients had equal access to modern therapies, they would achieve equal or better outcomes than white Patients.4 This reality has put the urgency for clinical trial equity into focus.

Despite the known relationship between race and survival outcomes in clinical trials, most multiple myeloma trials do not report race-based accrual data. Moreover, among trials that do report race and ethnicity, the accrual of non-white patients tends to be about half of the anticipated number.5

At Mount Sinai, where this project was launched, disparities are heightened further by the clear discrepancies in patient backgrounds and household incomes. New York City is home to a total population of 8.9 million people, 36% of whom are foreign born. It is believed that over 164 ethnic groups are represented in the city, meaning that hospitals like Mount Sinai should be equipped to adequately serve 164 different ethnic populations.

Unfortunately, addressing the problem of clinical trial accrual is multifaceted. Although not comprehensive, some barriers to enrollment include time and costs. Different clinical trials have different time demands. Traveling to and or from treatment centers can be tedious and time consuming, especially in a city like New York. Adding that to the time spent in treatment can result in a large chunk of time not spent at work. This can be stressful for all patients, but particularly for patients coming from underserved communities. Moreover, the amount of follow-up and additional visits in clinical trial is variable, and patients may be hesitant about signing up for additional copays and visits.

“Driving or taking the subway can take two hours each way,” Catamero said. “It can be a very painful 2 hours. There's also cost. If you're driving, taking a bridge or a tunnel, tolls are $20 going 1 way and parking is never free in New York City. A patient can expect to pay up towards $50 a day to receive care at our center.”

To that end, Catamero and a team of nurse investigators sought to improve accessibility by establishing satellite clinical trials sites throughout New York.

In looking to expand clinical trials to satellite sites, the team recognized that establishing a pharmacy team represented a significant hurdle to building the appropriate infrastructure.

“Pharmacy was a big hurdle for us,” Catamero said. “Brooklyn never had a clinical trial open before outside of COVID-19 vaccine trials, so there was very limited experience with their staff.”

She noted that the satellites would need to be able to receive central lab reports and process research labs. There would also need to be dry ice storing. Research staff were sent to the centers to address these issues.

Staffing also presented a challenge. The team asked physicians to rotate throughout the network sites, physicians rotate throughout the network sites, with nurse practitioners working in tandem to help with the retention and tracking patients throughout ongoing assessments, and monitoring patients’ outcomes. A clinical research coordinater was utilized between network locations and provided support in monitoring eligibility requirements, protocols, processing, transporting, and storing samples and data management.

Although the team has seen initial success, Catamero noted some growing pains that they hope to address moving forward.

First, industry buy-in has been key in making these sites possible, however, garnering interest from industry has been difficult. In addition, traveling between sites has been challenging for staff. The satellite sites have also presented unique educational needs for pharmacy and infusion nurses working at the sites.

“Patients still have barriers to coming in, even to their local infusion centers,” she said. “Social work was very crucial and was lacking at these sites, scheduling support medical assistants to help with study procedures such as bone marrows [was critical].”