Secondary Cancers in AYA Survivors: What Nurses Should Consider

Adolescent and young adult survivors may have increased risk factors for secondary cancers. It is crucial for oncology nurses to discuss these with their patients.

Caring for adolescent and young adult (AYA) patients with cancer has been a struggle for me. The impetus for choosing oncology nursing as my specialty actually stemmed from an encounter as a nursing student in the early 1970s when I was assigned to care for a young woman in her early 20s with advanced Hodgkin disease. This was before the identification of potentially curative therapy for this malignancy. My patient was angry — no, tormented – by her cancer diagnosis. She refused most basic elements of her care and was labelled “difficult” by the nursing staff. She and I were about the same age. I felt that her rage was personal, and I subsequently found myself remiss in knowing how to respond to her emotions.

Fast forward decades, and the care of this AYA cohort now has its own sub-specialty focus within cancer care. Germane to this group are characteristics based on their developmental age. AYA patients struggle with the competing demands of embracing newfound independence with accepting the unexpected needs for help and reliance on parents and other caregivers. They want to blend in with their peers, yet may stand apart due to their physical differences and need for support. Control becomes a prominent theme in coping. Non-adherence and negative lifestyle behaviors (i.e., smoking, substance dependence), can turn into means of coping, which may prevail into the survivorship paradigm.

To date, large scale studies of subsequent primary neoplasms in AYA survivors have focused on risks in common malignancies such as lymphoma, testicular, and breast cancers. A recent report published in Lancet Oncology shared the results of follow up of more than 200,000 AYA patients diagnosed between the ages of 15-39 in England and Wales.1 This study was unique as it focused on secondary cancer incidence in more than a dozen types of AYA cancers. These included breast, cervical, testicular, Hodgkin lymphoma, melanoma, central nervous system, colorectal, non-Hodgkin lymphoma, thyroid, soft-tissue sarcoma, ovarian, bladder, leukemia, head and neck cancers, and other female genital malignancies.

More than 12,000 subsequent cancers were diagnosed, predominantly in breast, cervix, and testicular cancers, and melanoma. Of major consideration also was that survivors of AYA cancers had a high absolute risk to develop a subsequent primary neoplasm than did survivors of childhood and adult cancers. Two critical corollaries related to these findings were postulated.

First, was the substantial prominence of lung cancer as the secondary diagnosis. The other was that a small number of cancers account for a large percentage of the development of additional neoplasms in long-term survivors.

Kaul and colleagues had previously identified that 33% of AYA survivors smoke as compared to 22% of a sex-matched comparison group.2 This lifestyle behavior may contribute to added carcinogenic exposure. Also, AYA survivors had an added risk factor of prior radiation exposure. This included not only chest irradiation for breast and Hodgkin lymphoma, but also treatment of para-aortic lymph nodes for testicular cancer and cervical cancer radiotherapy with potential bowel and bladder exposure.

Findings reported in these publications suggest that surveillance of sites having received prior radiation and intensive counseling about the hazards of smoking is indicated in adolescent and young adult survivors. This report substantiates evidence that ongoing surveillance of cancer survivors is associated with tailored knowledge about risk.

Oncology nurses have a key role in reiterating the importance of ongoing follow-up to enhance optimum treatment outcomes are not confounded by unrecognized long-term effects of cancer therapies. 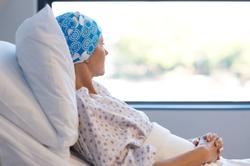 Normalize Palliative Care as Part of the Oncology Treatment Plan