According to findings presented at the 2017 ASCO Annual Meeting, patients with low-risk advanced colon cancer would benefit from a reduction in chemotherapy post-surgery, without increasing risk of recurrence, to reduce risk of neuropathy.

Most patients with low-risk advanced colon cancer would benefit from a 50% reduction in the oxaliplatin-containing chemotherapy they typically receive after surgery without notably increasing their risk of recurrence and while markedly decreasing the likelihood that they will develop neuropathy, according to an analysis that challenges the current standard of care and paves the way for a more personalized approach.

The results of the IDEA international collaboration, which involved more than 12,800 patients, demonstrated that a 3-month course of adjuvant chemotherapy is nearly as effective as the standard 6-month course for patients with stage IIIC, lymph-node positive, colon cancer who have undergone surgery, according to findings presented at the 2017 ASCO Annual Meeting.

Overall, the 3-month regimen was associated with a less than 1% lower risk of recurrence compared with a 6-month course as measured by the 3-year disease-free survival (DFS) rate (74.6% vs. 75.5%, respectively). In a subset of patients categorized as low risk of cancer recurrence, defined as cancer spread to 1 to 3 lymph nodes and not completely through the bowel wall, there was almost no DFS difference between a 3-month versus 6-month course of therapy (83.1% vs 83.3%).

Additionally, the rates of grade ≥2 neurotoxicity were approximately 30% less with the shorter duration of chemotherapy.

The findings will change the standard of care for 60% of patients with low-risk colon cancer, which accounts for about 20,000 patients annually in the United States and approximately 400,000 individuals worldwide, said senior study author Axel Grothey, MD, an oncologist at the Mayo Clinic Cancer Center in Rochester, Minnesota, who discussed the results during an ASCO presscast June 4.

For higher risk patients, the analysis provides a framework for clinicians to discuss balancing risks versus benefits, Grothey said. “We come into clinical judgment,” he said. “How much are we willing to push patients into 6 months of therapy for a very small minimal difference in disease-free survival?”

Since 2004, adjuvant therapy for this population has consisted of oxaliplatin-containing chemotherapy administered over 6 months. In the study, investigators examined pooled results for patients who had received either FOLFOX (leucovorin, fluorouracil, oxaliplatin) or CAPOX (capecitabine, oxaliplatin), which also is known as XELOX.

Although these regimens have improved survival for patients, oxaliplatin is associated with cumulative dose—dependent nerve damage, such as numbness, tingling, and pain that many patients find debilitating and that can persist long after therapy ends, sometimes permanently. Grothey said dose reductions and early discontinuation due to neurotoxicity are common.

“This is a great day for patients throughout the world,” said Nancy Baxter, MD, FRCSC, PhD, chief of the General Surgery Department at St. Michael’s Hospital in Toronto, Canada, who served as ASCO’s expert commentator during the presscast. “What we’ve heard today is practice-changing work that shows for most people with stage III colon cancer, 3 months of treatment provides all the benefits of 6 months of treatment with fewer risks. Less is more.”

Patients were randomized according to duration of therapy (3 months vs 6 months); regimens were not compared with each other. Only FOLFOX was administered in the United States, where patients participated through the Alliance/SWOG 80702 trial. Sixty-percent of the participants received FOLFOX, and 40% received CAPOX.

Of the participants in the trials with stage IIIC T1-4 colon cancer, 13% had T1-2 disease, 66% had T3, and 21% had T4. Approximately 60% had low-risk disease (T-1 N1) and 40% had high-risk (T4 or N2). The median follow-up was 39 months.The goal of the study was to determine whether 3 months of adjuvant chemotherapy would be as effective as 6 months. Grothey said patients and oncologists agreed in the planning of the studies that a shorter duration of therapy, “should not sacrifice more than 12% of the benefit of adjuvant therapy.” In statistical terms, that meant that the upper limit of the 95% confidence interval (CI) for the DFS hazard ratio (HR) should not exceed 1.12.

However, the rates of grade ≥2 neurotoxicity were statistically significantly lower (P <.0001) for patients who received 3 months rather than 6 months of chemotherapy, regardless of the regimen: 17% versus 48% for FOLFOX and 15% versus 45% for CAPOX.

Grothey pointed out that the IDEA research was funded through the National Institutes of Health (NIH), public agencies in other countries, and philanthropies. He noted that commercial companies do not focus on shortening therapy.

“This type of work can only be done with federal funding,” agreed Baxter. “The pharmaceutical industry is not interested in giving less treatment. This study is a great example of how NIH funding can have a major and immediate impact on the lives of cancer patients.”

The data for the study were pooled from these trials: SCOT in the United Kingdom, Denmark, Spain, Australia, Sweden, and New Zealand; TOSCA in Italy; Alliance/SWOG 80702 in the United States and Canada; IDEA France (GERCOR/PRODIGE) in France; ACHIEVE in Japan; and HORG in Greece. 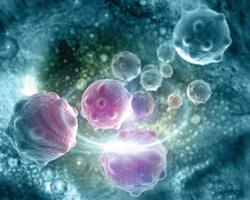 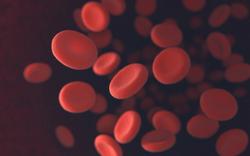