Women living in certain areas of the United States may face health risks due to their limited access to specialized gynecologic cancer care. 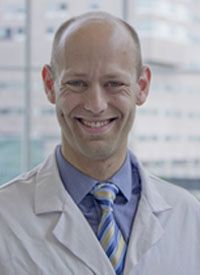 Women living in certain areas of the United States may face health risks due to their limited access to specialized gynecologic cancer care, according to a national study by researchers at the Perelman School of Medicine at the University of Pennsylvania.

The findings, published in the journal Gynecologic Oncology, indicate that nearly 10% of US women may face barriers to high-quality treatment for gynecologic malignancies due to where they live, and that more than one-third of counties in the United States are located more than 50 miles from the nearest gynecologic oncologist.

Shalowitz and his colleagues conducted this study because many gynecologic oncologists have expressed concern that some women who have gynecologic cancers tend to do worse than others. These women may not receive the proper treatment from the subspecialists that they need.

“We felt that it was important to look into the connection between where women live and the care they end up receiving,” Shalowitz explained.

Although mostly regions in the Midwest and mountain-west currently have the least access, 14.8 million women nationwide have difficulty with access to care centers that specialize in gynecologic cancers.

This lack of access could potentially affect the health of patients, according to Shalowitz. Among the possible problem areas are misdiagnoses, delayed detection, and incorrect chemotherapy and surgery plans. Overall, the researchers found that each year, about 7663 women with gynecologic cancers may have geographic-related disparities in access.

Shalowitz and his research team used spatial analysis, as well as demographic information from the US Census Bureau and the CDC’s State Cancer Profiles, to determine the number of gynecologic oncologists within 50, 100, and 150 miles of more than 3000 county borders in the United States.

Many women use referral networks to select their oncologist, and the results of the study showed that these women might run into a problem because 123 referral networks in the United States do not provide access to gynecologic cancer care. These women would be forced to travel outside of their referral network in order to be connected to a proper specialist.

“While we don’t yet know how access correlates to health outcomes, referral networks need to be structured in a way that alleviates the burden of travel for women in need of a specialist.”

Shalowitz and colleagues suggest future studies should focus on defining areas with poor clinical outcomes attributed to geographic factors, and creating a comprehensive national, geographically-linked database on the utilization of gynecologic cancer care and clinical outcomes.

“It’s important to figure out how [they] can reach out to these low-access areas to make sure that all women with gynecologic cancers have access to high-quality care, regardless of where they live.”

Findings from a phase 2/3 trial found better disease-free and overall survival outcomes with radiation plus docetaxel vs radiation alone in head and neck squamous cell carcinoma.