Trilaciclib was associated with reduced chemotherapy-induced myelosuppression and the need for associated supportive care in patients with a subtype of lung cancer.

“Compared with placebo, trilaciclib consistently reduced the duration and occurrence of SN, regardless of G-CSF administration. This translated into a reduction in G-CSF administration compared with placebo,” lead study author Renata Ferrarotto, MD, of The University of Texas MD Anderson Cancer Center, wrote. “Trilaciclib also consistently reduced the occurrence of chemotherapy-induced anemia, which was reflected in the reduction of RBC transfusions on/after week 5 and ESA use. By improving key myelosuppressive end points and reducing the need for associated supportive care, trilaciclib has the potential to reduce both the societal and economic burden of CIM.”

Standard-of-care (SOC) approaches for patients with ES-SCLC, such as carboplatin plus etoposide (E/P), E/P plus atezolizumab (Tecentriq), E/P plus durvalumab (Imfinzi), and second-line lurbinectedin (Zepzelca) and topotecan are all known to result in significant CIM.

Chemotherapy dose delays and/or reductions can be used to manage CIM, as well as supportive care comprised of granulocyte-colony stimulating factors (G-CSFs), erythropoiesis-stimulating agents (ESAs), and RBC and platelet transfusions. However, delays and modifications can negatively impact the efficacy of treatment. More interventions are needed to reduce the incidence of CIN.

The CDK4/6 inhibitor trilaciclib has emerged as an option that can reduce the incidence of CIM, and the agent has been examined in the following 3 randomized, double-blind, placebo-controlled trials: G1T28-05, G1T28-02, and G1T28-03. For the analysis published in Cancer Medicine, investigators pooled findings from all 3 trials to examine the use of G-CSFs, ESAs, and RBC transfusions, and to evaluate the relationship between supportive care interventions and the myeloprotective benefits of the agent.

Patients included on the trials were at least 18 years of age, had confirmed ES-SCLC, measurable disease per RECIST v1.1 criteria, an ECOG performance status of 0 to 2, and acceptable organ function.

G1T28-05 enrolled patients with newly diagnosed ES-SCLC. Patients were given intravenous (IV) trilaciclib at a dose of 240 mg/m2 or placebo, before chemotherapy on days 1 to 3 of each 21-day cycle for up to 4 cycles; this was followed by maintenance treatment with single-agent atezolizumab.

In the trials, administration of ESAs and primary prophylaxis with G-CSFs was prohibited in cycle 1; however, therapeutic G-CSF was permitted. In cycle 2 and beyond, ESAs and G-CSFs were allowed per standard guidelines. RBC and platelet transfusions were permitted throughout the trials, per investigator discretion.

A total of 242 patients were included in the pooled datasets; 123 received trilaciclib and 119 received placebo. Baseline and disease characteristics were noted to be comparable between the treatment arms. However, slightly more male patients and current smokers were noted in the investigative arm vs the control arm.

In addition to attempting to improve quality of life for patients with ES-SCLC by reducing the need for supportive care interventions, the study authors pointed to the economic burden such treatments can have on patients. In the paper, they cited an analysis of almost 350 patients with SCLC. Results had indicated that 49% of the patients received G-CSFs, 43% received RBC transfusions, and 4% received ESAs. Incremental annual costs per patient with grade 3/4 hematologic adverse effects were $63,245 for neutropenia and $28,152 for anemia.2

“Together with the results from the current analysis, these data suggest that administering trilaciclib prior to chemotherapy has the potential to reduce the burden of CIM on healthcare systems by reducing the use of supportive care measures and CIM-related hospital admissions,” the study authors concluded. 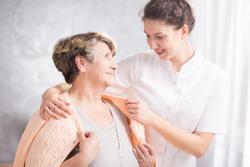