A recent study found that weightlifting and resistance training may be a viable option to mitigate the risk and progression of lymphedema.

Though weightlifting has been stigmatized for a long time, more women are starting to try this exercise, which offers numerous health benefits — especially for survivors of breast cancer.

A recent study published in the journal Supportive Care in Cancer found that it may prevent, or even reverse, lymphedema, a common side effect in patients with breast cancer.

Researchers at Florida State University looked at 27 women who finished primary breast cancer treatment. These women took part in a supervised exercise program that consisted of resistance training twice a week for six months to see what kind of effect this type of exercise would have on lymphedema.

“There were only a couple of ladies who had some swelling in their arms,” Lynn B. Panton, PhD, FACSM Professor Department of Nutrition, Food & Exercise Sciences at FSU and author on the study, said in an interview with Oncology Nursing News. “In some ladies, it showed that there was a decrease in the swelling.”

The full-body regimen included various machine-based exercises of two sets of eight to 12 repetitions. When a participant used the same weight for 12 repetitions two sessions in a row, she would move on to a heavier weight. Arm circumference was measured at baseline and then every two weeks throughout the study.

At the start of the study, three women had pre-existing lymphedema and two of them wore a prescribed compression sleeve to every workout session. No signs of exacerbation were found in all three of the women, and no participant experienced any lymphedema-related adverse events.

Panton noted that some of the women were apprehensive about starting an exercise that included weight training. Not only is there a stigma around women lifting weights — especially for older patients – but doctors also caution patients not to do any upper body exercise for six to eight weeks after surgery.

“But then nobody really said, ‘OK, now you’re free to do whatever exercise,’ and a lot of the time, these ladies are scared to do something with their upper body,” Panton said. “And still, there is a stigma for a lot of women with strength training. I wish they would all do it because it’s so beneficial.”

Besides its role in mitigating lymphedema complications, resistance training also proved to help with osteoporosis, a common side effect seen with cancer treatments, and the onset of menopause, as well as overall functionality and quality of life.

“It’s huge. The women said that they could do things that, even before surgery, they hadn’t been able to do,” Panton said, citing examples such as carrying groceries and picking up grandkids. “It’s an empowerment and it gives them that self-esteem. The body image improves, too, which is so important.”

Most of the exercises that the women did on the study can also be done with free weights, such as barbells and dumbbells, though patients should be especially cautious if they choose this route—making sure they have the proper technique and balance to safely perform each movement.

And, as with any exercise regimen, it is important that patients and survivors speak with their medical team and get their doctor’s clearance before starting resistance training. Even if this type of exercise is not right for some patients, getting out there and moving — in whatever way possible – is key, Panton said. She and her team look to study the results of body weight and impact exercise in the future.

“Any exercise is important,” she said. “Even for patients who are currently dealing with treatment—if they could at least get out there and do some physical activity, I know it’s difficult, but they do so much better in the long run.”

Ability to Communicate Is a Key Factor in Personalized Sedation Goals 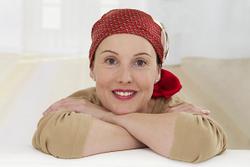 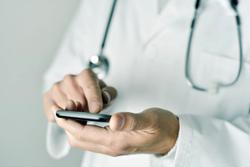