What's Next in mCRPC Treatment? Expert Weighs In

Investigators have identified molecular changes that occur when a patient’s disease progresses from a castration-sensitive state to a castration-resistant state, which has helped drive advances in therapeutic options, Kelly said in a presentation during the New York GU™ 14th Annual Interdisciplinary Prostate Cancer Congress® and Other Genitourinary Malignancies conference.

“This gave opportunities for investigators to look at these pathways and develop new targets for these alterations,” said Kelly, a professor of medical oncology and urology at Thomas Jefferson University and director of the Division of the Solid Tumor Oncology at Sidney Kimmel Cancer Center at Jefferson Health, both in Philadelphia.

Study findings have shown that the frequency of DNA repair alterations increases as prostate cancer progresses; an estimated 19% to 23% of patients with mCRPC harbor mutations in this pathway, Kelly said.1

PARP inhibitors, which target aberrant DNA repair mechanisms, entered the treatment landscape for last year when the FDA approved 2 agents for patients with mCRPC within less than a week.2 On May 15, 2020, rucaparib (Rubraca) became the first biomarker-driven targeted therapy for the malignancy when the FDA granted an accelerated approval for its use in patients with BRCA-mutant mCRPC (germline and/or somatic) who received prior AR-directed therapy and taxane-based chemotherapy.

Final approval for rucaparib is contingent on the results of the phase 3 TRITON3 trial (NCT02975934), which is seeking to recruit 400 patients with mCRPC harboring a BRCA1/2 or ATM mutation that has progressed after 1 prior line of therapy with a next-generation AR-targeting therapy.

Four days after rucaparib was approved, olaparib (Lynparza) gained a new indication for treating patients with deleterious or suspected deleterious germline or somatic mutations in homologous recombination repair (HRR) genes including BRCA who have progressed following treatment with enzalutamide (Xtandi) or abiraterone acetate (Zytiga) based on findings from the phase 3 PROfound trial (NCT02987543).

In PROfound, investigators determined that olaparib monotherapy was superior to prednisone plus either enzalutamide or abiraterone for patients with mCRPC who had tumors with at least 1 alteration in BRCA1, BRCA2, or ATM (cohort A) or in any of 12 HRR genes (cohort B). The study population included 387 patients who had disease progression on prior hormone-targeting agents.4

Kelly added that new data presented at the 2021 Genitourinary Cancers Symposium showed that patients with ATM and CDK12 mutations also exhibit significant response to olaparib.6 “Those are another subset of patients that we need to understand and possibly treat in the future,” he said.

In addition to PARP inhibitor studies, the treatment landscape is being shaped by trials that explore therapies in combination or in sequence. “Therapeutic options for mCRPC have greatly expanded over the years,” Kelly said. “So, really, the question is, What comes next? How do we actually pick the order [of treatments]? Or are there better combinations?”

Of note, the efficacy of cabazitaxel (Jevtana), a taxane chemotherapy, was established in the setting of recurrent mCRPC in the phase 4 CARD trial (NCT02485691) in patients who had previously received docetaxel and progressed within 1 year of receiving either enzalutamide or abiraterone. Participants were randomized to receive cabazitaxel plus prednisone and granulocyte colony-stimulating factor vs abiraterone plus prednisone or enzalutamide.

“The quality-of-life measures were better all the way through with cabazitaxel versus another AR-directly therapy,” Kelly added. “Pain response was significantly better with the use of cabazitaxel, 45.0% vs 19.3%. Probability of no pain progression was also improved with chemotherapy vs abiraterone or enzalutamide, which really starts defining that chemotherapy still has a role in patients with mCRPC.”

In the phase 3 ACIS trial (NCT02257736), investigators found that adding apalutamide (Erleada), an AR inhibitor, to abiraterone plus prednisone reduced the risk of radiographic progression or death by 30% in patients with chemotherapy-naïve mCRPC receiving androgen deprivation therapy (ADT).

The findings met the primary end point of the study, but did not significantly improve OS, Kelly noted. He said subgroup analyses may provide further information about which patients could benefit from the approach.

“There are multiple other opportunities for AR-targeted therapies,” Kelly said. “There's multiple new agents that are going to be reporting out that look at different targets from EZH2 to BET inhibitors to transcription coactivators such as CBP and p300, inhibitors that are unique actions and we look forward to those trials coming out.” 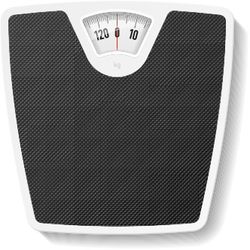 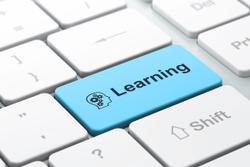