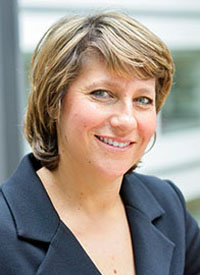 A “one size fits all” approach to PSA screening for prostate cancer may not be the right way to go about it, according to a new study published online in CANCER, which suggests that policies may need to be tailored to high-risk black men.

The American Cancer Society states that among black men in the United States, the incidence of prostate cancer is 60% higher than that of white men, and they are also more than twice as likely to die from the disease.

A team of researchers from the Fred Hutchinson Cancer Research Center in Seattle, the University of Michigan in Ann Arbor, and Erasmus University in the Netherlands examined the reasons behind this disparity by using 3 models of prostate cancer incidence and PSA screening in the United States to estimate disease onset and progression. The data were taken from the Surveillance, Epidemiology, and End Results (SEER) program of the National Cancer Institute from 1975 to 2000.

“We found that the interval from getting preclinical cancer to being diagnosed is long—10 years or more on average—and is similar in black and white men,” Ruth Etzioni, PhD, Fred Hutchinson Cancer Research Center, said in a statement. “But during that interval, cancers in black men tend to progress faster. What this means is that in developing screening policies for black men, it will be important to consider beginning screening them at an earlier age and potentially screening them more frequently than would be recommended by general population guidelines.”

Etzioni and her colleagues suggest that black men should have their baseline PSA tested at least 3 and up to 9 years earlier than men in the general population.
In addition, Etzioni stressed that additional research is needed to determine the best policies for prostate cancer screening in black men. The authors also noted that this may be a time to start focusing on more personalized approaches to screening in high-risk black men.

In April, the US Preventative Services Task Force drafted new guidelines for PSA screening, now recommending that men aged 55 to 69 years talk with their physician about screening and then decide on the best course of action together. Tsodikov A, Gulati R, de Carvalho TM, et al. Is prostate cancer different in black men? Answers from 3 natural history models. Cancer. 2017;123(12):2312-2319; doi: 10.1002/cncr.30687.