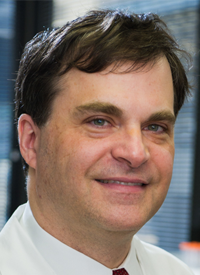 “At a 7.5-year follow-up, OS and progression-free survival remained superior in the nivolumab containing treatment arms compared with ipilimumab alone,” F. Stephen Hodi, MD, of Dana-Farber Cancer Institute, said in a presentation of the data.

The study authors noted that targeted therapies and immunotherapies have revolutionized the treatment and management for patients with metastatic melanoma. The CheckMate 067 and 069 trials (NCT01927419) were pivotal in establishing the superiority of nivolumab plus ipilimumab in the treatment landscape.

At a 6.5-year follow-up, investigators found that patients with previously untreated, stage III/IV unresectable or metastatic melanoma derived superior clinical benefit with nivolumab/ipilimumab vs with nivolumab or ipilimumab alone. The median OS was 72.1 months, and the OS rate was 49%. Further, the median MSS was not reached, and the MSS rate was 56%. Investigators therefore planned to conduct an additional follow-up after 12 months to evaluate to the long-term efficacy and HRQOL outcomes with the combination.

Overall, 945 patients with previously untreated, unresectable or metastatic melanoma were randomized 1:1:1 across the 3 treatment cohorts and were stratified by BRAF status, AJCC M stages, and tumor PD-L1 expression.

Among those with BRAF mutant tumors, the OS rates were 57%, 42%, and 25%, across the combination, nivolumab, and ipilimumab groups, respectively. Further, in patients with BRAF wild type status, the OS rates were 43%, 41%, and 21%. There was a total of 4 melanoma progression-related deaths across all 3 cohorts.

The European Quality of Life 5-dimenisons 3-vevel utility index was used to evaluate HRQOL. Findings revealed that the mean changes in HRQOL from baseline were maintained for the durations of therapy in patients receiving treatment, with patients receiving nivolumab monotherapy reporting data for a longer follow-up period. No sustained deterioration in HRQOL following treatment discontinuation was detected. During the treatment-free intervals, HRQOL was maintained, and a few improvement time points were noted for nivolumab/ipilimumab.