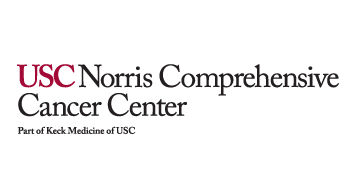 Germline variation may cause men of African descent to have a higher risk of prostate than men of European descent.

A meta-analysis of prostate cancer genome-wide association studies has indicated that germline variation contributes to racial disparities in prostate cancer risk. Individuals of African descent, according to the data, demonstrated a higher mean genetic risk score (GRS) compared to those of European ancestry.1

“We not only found new markers of risk, but also demonstrated that, by combining genetic information across populations, we were able to identify a risk profile that can be applied across populations,” said Christopher Haiman, ScD, professor of preventative medicine and AFLAC Chair in Cancer Research at the Keck School of Medicine of USC, and director the USC Center for Genetic Epidemiology.2 “This emphasizes the value of adding multiple racial and ethnic populations into genetic studies.”

Additionally, investigators identified 86 new genetic risk variants, all of which were found to be independently associated with prostate cancer risk, which brings the total known risk variants to 269.

Despite the increased risk of incidence and death seen in Black patients, White patients are often overrepresented in clinical cancer trials, hindering investigators' progress in identifying reasons for these disparities.

This developed the rationale for the meta-analysis, with researchers from the USC Center for Genetic Epidemiology, as well as the Institute for Cancer Research in London, United Kingdom, striving to identify the reasons for these disparities. Investigators compiled data from the majority of global genomic prostate cancer studies, including 234,253 men of different races and ethnicities from the United States, United Kingdom, Sweden, Japan, and Ghana, consisting of 107,247 cases and 127,006 controls.

In what is considered the largest and most diverse genetic prostate cancer analysis, findings point toward genetics playing a role in the disparities seen across different racial groups, which could possibly help physicians apply precision medicine to early prostate cancer detection in the future.

“Our long-term objective is to develop a genetic risk score that can be used to determine a man’s risk of developing prostate cancer,” said Haiman. “Men at higher risk may benefit from earlier and more frequent screening, so the disease can be identified when it’s more treatable.”

Additionally, investigators believe that GRS could help to guide more selective PSA testing by helping to identify patients who are at a higher risk for prostate cancer, potentially including high-risk patients younger than 55 years old. A larger clinical trial is needed in order to better translate these findings into improved early prostate cancer detection, investigators noted.

“Most [importantly], unlike previous screening trials, this [study] would need to be more representative of the diversity we see in the world,” Haiman concluded. “No population should get left behind.”

This article was originally published on OncLive as “African Ancestry Is Linked With Higher Prostate Cancer Risk Vs European Ancestry”.