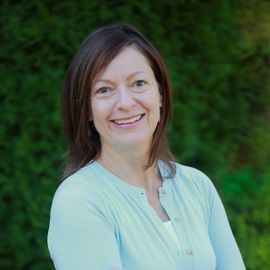 The past 8 months have been particularly newsworthy in the field of cancer genetics, specifically with regards to BRCA testing.

The past 8 months have been particularly newsworthy in the field of cancer genetics, specifically with regards to BRCA testing. In April 2013 the BRCA gene patent case went to the Supreme Court, and one month later, Angelina Jolie disclosed that she carries a BRCA mutation and had undergone a bilateral prophylactic mastectomy. Suddenly, the subspecialty of cancer genetic counseling and testing was thrust into the spotlight, with referrals at our center increasing by 40%. Then, on June 13, 2013, the Supreme Court unanimously ruled against gene patents, and the world of genetic testing changed forever.

I had rather naively predicted that within 3 months of such a decision we would have cheaper, faster, better options for BRCA testing; those options actually became available within 5 hours. Many laboratories had been eagerly preparing their own BRCA tests in anticipation of the decision, and the average cost of BRCA testing was slashed by about 50%. Importantly, all competing laboratories included the more comprehensive large deletion/rearrangement testing and at a cheaper price. Most other laboratories also promise to share their data in public databases, to prevent the hoarding of patient data that has occurred while BRCA testing was under a monopoly.

Myriad Genetics quickly filed lawsuits and requested an injunction against Ambry Genetics and Gene-By-Gene, claiming that other patents they hold are being infringed upon by these labs’ BRCA offerings. Many of us feared that the high cost of a legal battle would force smaller laboratories out of the market, and that this was the goal of this tactic. Ambry and Gene-By-Gene held their ground and have countersued Myriad. Two hearings have been held, no injunction has been issued, and we all wait eagerly for a ruling. Laboratory giant Quest recently entered the game with a preemptive lawsuit against Myriad days before announcing that they would be offering BRCA testing. Myriad has since sued Quest and GeneDx for their BRCA offerings, and the plot thickens.

Most competing laboratories offer panels of genes for cancer risk, in addition to BRCA1 and BRCA2, radically changing the landscape and marketplace for cancer testing. Is cancer gene panel testing a good thing? Yes and no. Multiple studies have shown that a high percentage of BRCA1 and BRCA2 tests are ordered in error: the wrong test is ordered, testing is ordered on patients who don’t need testing, the results are misinterpreted, and/or patients and their family members are counseled incorrectly about what surveillance and even prophylactic surgeries they should pursue.

This problem has wasted millions of dollars in precious healthcare dollars, resulted in lawsuits against the well-meaning clinicians ordering this testing, and caused great harm to patients and their families. And that was with BRCA1 and BRCA2 testing alone. Imagine the increase in complexity of adding 5, 10, or 40 additional genes to the mix! Many of these genes are much less studied and understood than BRCA1 and BRCA2. The potential for greater understanding is present—but so is the potential for a massive bleed-out of insurance dollars and harm to patients and clinicians.

Where Does the Oncology Nurse Fit In?

What should the oncology nurse conclude about the BRCA debate? Well, certainly the field is growing and changing at a breakneck pace. BRCA testing is now offered by multiple providers, many arguably offering cheaper and more comprehensive testing for patients than what was previously provided.

Panel testing is here and provides complex information on dozens of rare cancer genes. Insurers are beginning to mandate that patients first have genetic counseling by a certified provider, hopefully taking the onus (and the liability) off of oncology clinicians for providing these complex, time-consuming, and specialized services by themselves.

The future promises testing that is even cheaper, better, and faster than what is now available, hopefully opening up coverage to many more patients. Mutation status may soon assist not only with surgical- and radiation-decision-making, but perhaps with choosing the best chemotherapeutic agent as well. The ability to predict who is at greatest risk to develop cancer and reduce their risk of ever getting the disease through personalized medicine is a reality for many families. And we’ve only just begun.

Dual Diagnosis: Nurses Face Challenges in Caring for Patients With Both Cancer and Diabetes