Encouraging Childhood Cancer Survivors to Get Vaccinated Against HPV

Although survivors of childhood cancer are at an increased risk of developing second cancers later in life, a recently reported study found that they are actually less likely to receive the vaccine series aimed at preventing the human papillomavirus (HPV) which is linked to a number of cancers.

Although survivors of childhood cancer are at an increased risk of developing second cancers later in life, a recently reported study found that they are actually less likely to receive the vaccine series aimed at preventing the human papillomavirus (HPV) which is linked to a number of cancers.

A survey of 679 survivors conducted 1 to 5 years posttreatment evaluated how many received the vaccine compared with their healthy peers, and found that survivors aged 13 to 17 years were less likely to get vaccinated.

James L. Klosky, PhD, director or psychological services and cancer survivorship at St. Jude Children’s Research Hospital, presented these findings at the 2016 Annual Meeting of the American Society of Clinical Oncology. Oncology Nursing News spoke with Klosky at the meeting to discuss the key takeaways, what’s behind the disparity in HPV vaccine uptake among childhood cancer survivors, and why being vaccinated against HPV is so important in this population.

What was the rationale for the HPV vaccine uptake study?

The HPV vaccine is the first vaccine that’s designed to prevent cancers. We are particularly interested in the application of this vaccine amongst survivors of childhood cancers, who are at increased risk for HPV-related cancers in young adulthood relative to their healthy peers.

Among the general population, 80% of sexually active individuals will be exposed to HPV in their lifetime. For those of us who have a strong immune system, the virus will typically clear out of our systems in approximately 2 years. Often, there will not be any symptoms. However, for survivors of childhood cancers and other groups with immune deficiencies, it appears they might be more likely for complications associated with HPV upon infection.

What did your HPV study find?

For this study, we analyzed the rates of initiation of the HPV vaccine amongst survivors and then of the US population as a whole, focusing on two different groups: those aged 13 to 17 years and those who aged18 to 26 years.

Within the 18-26 age groups, the rates of the HPV vaccine initiation were essentially equivalent: 26% of survivors initiated the vaccine compared with 24% in the general population.

However, there were differences in the 13-17 age groups: among survivors of childhood cancers, only 22% had initiated the vaccine, compared with 42% of the general population.

Were there predictors of why some childhood cancer survivors did not get the HPV vaccine?

We found the most robust predictor was among survivors who stated their doctors had not recommended the vaccine. Thus, one of the main messages here is that we really need our physicians to be recommending the vaccine because that should translate into a higher initiation rate.

What are the next steps for this project?

Overall, the lack of physician recommendation was most strongly associated with not initiating the HPV vaccine series. Our next step in the research is to create intervention programs to encourage physicians to make clear HPV vaccination recommendations with conviction and confidence to survivors of childhood cancer. This will hopefully translate into more survivors getting protected.

Is there ever a reason to refrain from receiving the HPV vaccine?

The indication for the vaccine is very broad. For survivors of childhood cancer who have had a particularly complex treatment history and are continuing to have severe late effects of childhood cancer, a conversation needs to happen between their oncologist, the family, and the patient.

In terms of vaccine programs, they are designed as more of a public health tool; the vaccines should be safe for everyone. If there are any concerns about the vaccine, patients should talk with their doctor.Increasing these types of communications will hopefully translate to the best healthcare for our patients.

What are your hopes for this project?

If we are able to demonstrate the immunogenicity, safety, and tolerability of the HPV vaccine among survivors of childhood cancer, we’ll have a platform for a vaccine program within this high-risk group. Protecting survivors from second cancers in any way we can is the ultimate goal. There’s not much I can do about patients’ genetics or other fixed factors, but getting the vaccine is something, behaviorally, I can influence. If I, my group, or the consumers of this research have influenced conversations that translate into initiating and completing the 3-vaccine series, then this research has been successful. 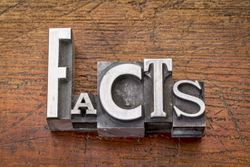