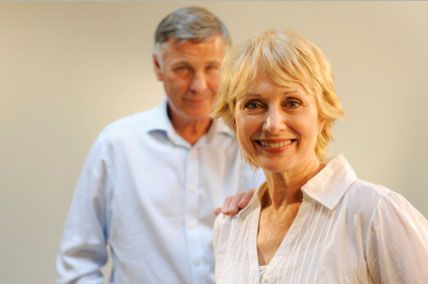 Researchers at Oregon Health & Science University (OHSU) found that breast cancer survivors who experience pain during sexual intercourse may achieve comfort when liquid lidocaine is applied strategically to prevent pain. Findings of their randomized, controlled, double-blind trial were reported online in the Journal of Clinical Oncology.

Low-estrogen therapies associated with breast cancer treatment can make survivors particularly prone to dyspareunia, and the goal of this research was to see if a topical analgesic might help.

“The physical and psychological consequences for the more than 2.8 million breast cancer survivors in the US are very real and often misunderstood or not treated,” noted the study’s lead author, Martha F. Goetsch, adjunct assistant professor in the OHSU Department of Obstetrics and Gynecology, in a statement.

For their study, Goetsch and her team asked 46 estrogen-deficient breast cancer survivors with severe dyspareunia to apply one of two treatments during the 1-month blinded phase. They used either saline or 4% liquid lidocaine—both clear, odorless liquids&mdash;and applied it to the vulvar vestibule for 3 minutes before sexual intercourse. Each group also received a silicone lubricant.

The study’s primary outcome was patient-reported ratings of penetration pain on a scale of 0-10. Sexual distress, sexual function, and resumption of intercourse were secondary study outcomes.

When the study was unblinded, 37 of 41 participants (90%) reported comfortable penetration after 2 months of open-label lidocaine use, when initially half of the women had found such intimacy too painful to try. Sexual distress also decreased and sexual function improved in all areas (eg, desire, arousal, enjoyment) with the exception of orgasm; at baseline, most participants had reported abnormal sexual function scores.

Additionally, 17 of 20 women completing the study who had reported abstaining from intercourse had resumed it following treatment, and no partners reported penile numbness.

“This noninvasive treatment will offer distinct help in alleviating the physical—and quite frankly the emotional&mdash;pain associated with sexual intercourse, making sexual function more enjoyable and fulfilling for [breast cancer survivors] and their partner,” Goetsch said.

“As gynecologists, we should be doing everything we can to help breast cancer survivors improve their quality of life through medical treatments that can alleviate pain and suffering,” concurred Aaron B. Caughey, professor and chair of the OHSU Department of Obstetrics and Gynecology and associate dean for Women’s Health Research and Policy in the OHSU School of Medicine, in a press statement.

“We need more research on the consequences of breast cancer on women’s health because there simply isn’t a lot of research focusing on this issue.”