Making the Move to Exercise

In 2012, nearly 13.7 million Americans were living with a history of cancer, and an estimated 1.6 million Americans are facing a diagnosis of cancer in 2013. Clearly, surviving cancer and making it through cancer treatment is a tremendous triumph. Most cancer survivors actively seek out strategies to prevent recurrence and optimize health and well-being.

The benefits of exercise for the general population are well documented. Moreover, exercise is now being recognized as an important strategy in the fight against cancer.

Several studies suggest that higher levels of physical activity are related to lower risk of recurrence and longer survival. In addition, exercise has many of the same benefits for cancer survivors as it does for the general population, including improved fitness, greater muscle strength, a leaner body mass, improved mental well-being, greater self-esteem, decreased risk associated with cardiovascular disease and diabetes, and improvements in hypertension, arthritis, chronic obstructive lung disease, and more.

Likewise, there is evidence that exercise can be beneficial to manage symptoms such as fatigue from cancer and its treatment, as w ell as to improve functional status. This is important since nearly 25% of people wit h chronic illness such as cancer have one or more daily activity limitations, and people want to engage in activities they enjoy.

When should a person start exercising after cancer diagnosis and treatment?

The response I often give is: “As soon as possible.” It is important to note that mounting evidence has yielded a short and important message for cancer survivors: Avoid inactivity.

Unfortunately, research as well as my observation in clinical practice has shown that after a diagnosis of cancer, people slow down due to many factors, such as reports of distress; feelings of sadness and being upset; feeling sick from cancer and its treatment, and fatigue.

In addition, despite today’s best evidence, many healthcare providers continue to recommend rest or “taking it easy” over exercise for the treatment of fatigue. In contrast, for those persons undergoing active treatment and for those who have completed treatment, the general exercise guidelines for cancer survivors include:

How do patients and survivors get started?

The advice I give is to make a plan, because like anything else: failing to plan is a plan to fail. Consequently, the following are some general strategies we can suggest to our patients who want to initiate regular exercise:

Identify exercises that are doable. Create an exercise plan that starts at the patient’s level of ability. This means that unless a patient has continued to be active, he or she should start light, with achievable goals, and gradually increase the level of exercise. Exercise is a marathon and not a race. Gradual changes lead to permanent, positive results.

Take exercise breaks. The patient should build in planned breaks to rest, recover, re-motivate, and reward, and take breaks during injury or illness.

Consult an exercise expert. An exercise specialist can assist in tailoring the right exercise plan. 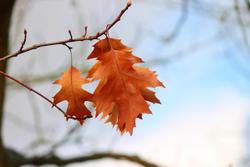 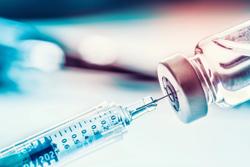