Nurses may be able to help facilitate discussions between patients and physicians to give both parties a better understanding of each other’s goals and ultimately lead to better care.

Patient and physician goals in end-of-life care are sometimes at odds with one another. But nurses may be able to help facilitate discussions between patients and physicians to give both parties a better understanding of each other’s goals and ultimately lead to better care.

In a study presented at the ASCO Annual Meeting, Sara Douglas, PhD, RN, and her colleagues from Case Western Reserve University and Flatiron Health expanded on their initial work examining physician and patient goals of care at end of life in the ICU.

“We found that there was a fair amount of disconnect between what the physicians’ goals were and the families’ goals were,” Douglas, who was lead author on the study, said in an interview with Oncology Nursing News.

However, she added that their initial research was missing the patient voice. So, Douglas and colleagues took this basic framework and applied it to a situation where they had the greatest opportunity to understand both the patient and physician point of view consistently over time.

In a longitudinal design study that ran from January 2015 to July 2017, 378 patients with stage 4 gastrointestinal (66%) or lung (34%) cancers and their oncologists were surveyed at enrollment and again every 3 months for the next 15 months, or until the patient died.

Using a visual analog scale where 1 end indicated quality of life and comfort were most important (0 points) and the opposite end indicated that survival and length of life as most important (100 points), participants were asked to move a toggle along the continuum to represent their goals at each specific point in time. Discordance between patient and physician scores was defined as an absolute difference >40 points.

Neither group could see the other’s responses, but Douglas noted the disparities were striking. “We had some scores where the difference was 92 points — one response was 100 and the other was 8. We had a lot of variability in terms of physician and patient responses,” she added.

In total, 168 patients (44%) died after an average of 6.5 months after enrollment; however, their results were still presented. At the last assessment prior to death, 32% of the patients and their physicians reported having discordant goals. Of these cases, 60% of patients had more survival-focused goals compared with 40 percent of doctors. Lastly, 77% of pairs with discord at enrollment still had discord at the last assessment before death.

When the physicians were asked what they believed patients’ goals of care were, there was only a 27% discord in what the patients’ actual goals were. “Physicians, when asked what their understanding is of what the patient wants, assume it’s the same thing the physicians want themselves,” Douglas said. “This is called false consensus bias, (meaning) I assume you agree with me unless there’s evidence to the contrary.”

Douglas did note that extreme discordance was not the norm. “If you think about it, 27% of the dyads were in sharp disagreement, but that means that 73% were in agreement to some degree,” she added.

Douglas acknowledged that these findings highlight the need for patients and their physicians to have clear discussions and come to a better understanding, so that patients will receive end of life care that is consistent with what they want. But if communication is key, where should it start?

Research has shown that patients often expect physicians to bring up these topics. But due to many factors, including the physician’s comfort levels when dealing with these topics, these discussions may not take place. This is where nurses can help.

“Nurses are the bridge between the patient and the physician,” Douglas explained. “An oncology nurse is the patient’s best advocate.”

Because they have different opportunities to interface with the patient, nurses can serve as facilitators, said Douglas. By asking patients ifthey’ve asked their physicians what their goals of care are, they can empower their patients to raise this issue and have those conversations.

Additionally, Douglas and her team have begun a new study where they share the information and record the discussion to better understand why each party feels the way they do, and then see if either patient or physician changes their goals.

They hope to create a model that empowers patients to take a more involved role in starting these discussions. “If patients can at least have access to […] what their physicians are thinking and why, they can at least make an informed decision,” Douglas said. “That decision may be that they choose to disregard that information, but at least they’re making an informed decision.” 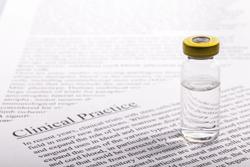 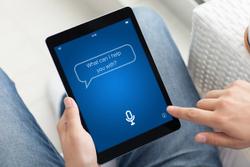