The program is designed to reduce the age-adjusted death rate associated with cancer by at least 50% over the next 25 years.

The Biden-Harris administration has committed to reviving the Cancer Moonshot Initiative, according to a White House press briefing that was hosted on Wednesday, February 2, 2022.1

The program, which was first initiated by President Joe Biden in 2016 during his vice presidency with the Obama administration, encompasses efforts to increase screening rates, address inequity, fast track clinical trials, and support advances like using mRNA to target cancer with the goal of reducing the age-adjusted mortality rate associated with cancer by at least 50% over the next year.

The administration hopes that these efforts will improve the experience of people and families who are living with and surviving cancer.2

Following the initial launch of the Cancer Moonshot program in 2016, novel efforts to investigate immune-oncology, cancer drug sensitivity and resistance, pediatric cancers, patient engagement, cancer health disparities, and clinical implementation science, as well as the funding of the Human Tumor Atlas Network, have been supported and sustained by the National Cancer Institute. Furthermore, the launch created more than 70 initiatives, 240 projects, and 69 million hours of analysis spanning between 2013 and 2020, engaging over 70,000 users each month.3

“[Because of] the progress over the last 25 years, the death rate has fallen by more than 25%, but despite the progress of lives extended and lives saved cancer is still the number 2 cause of death in America,” President Joe Biden said in a press release.4

Tenets of the relaunch include:

With these efforts, the White House hopes to:

“I can confidently say that this is the most exciting moment in the history of our field,” said Edjah Nduom, MD, FAANS, associate professor, Department of Neurosurgery, Winship Cancer Institute of Emory University, during the White House briefing, where he referred to the president as the country’s “patient advocate in chief.”

“We have identified several research areas that warrant prioritization in a Moonshot 2.0 initiative,” David B. Agus, CEO of the Lawrence J. Ellison Institute for Transformative Medicine and lead author of an editorial published in Lancet Oncology, which called for another Moonshot effort, concluded. “Research in these priority areas could also identify ways to take advantage of real-world data and facilitate access to quality care for individuals in low socioeconomic and rural areas who have received a disproportionately lower benefit from advances during the past 7 years.” 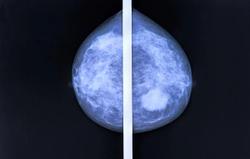