Shared Decision Making in Adolescents and Young Adults With Cancer

For patient autonomy and personalized cancer care, shared decision-making for AYA patients with cancer is an important strategy.

Nearly 70,000 adolescents and young adults (AYA) aged 15 to 39 years are diagnosed with cancer each year in the United States. Compared with older adults, AYA cancer is rare, representing 2% of total cancer prevalence; however, the incidence of cancer is 2.7 times more common in the AYA population than in children who younger than 15.1,2

While 5-year survivorship for younger children with cancer has steadily climbed in the last decade, the same has not been true for the AYA population.3 This survivorship gap is attributable to several factors, among them: delays in diagnosis or treatment, health insurance, biologic differences in AYA cancers, treatment adherence, and survivorship follow-up.4

Efforts are ongoing to identify unique needs of AYA patients with cancer to close this gap in health outcomes. In particular, developmental differences across adolescence and young adulthood must factor in to diagnosis, prognosis, treatment options, and communication.

In adolescence and early adulthood, participation in medical decisions presents unique challenges to patients, their family members, and healthcare providers. During a developmental time when AYAs are increasingly independent, medical treatment and symptoms often require a renewed dependence on provider and parent support.

Development of decisional autonomy relies on the interplay between factors like the cognitive and psychosocial abilities of the child or adolescent, and the readiness of parents to allow the child to assume a more active role in decision making and self-care. As healthcare autonomy develops, a shift occurs from parent-focused decision discussions to a collaborative approach with parent and child, with increasing decisional authority given to the child when developmentally and situationally appropriate.5

Adolescents and young adults with cancer face decisions that have both short- and long-term consequences. In particular, decisions about fertility preservation, body-image changes, and enrollment in clinical trials present unique difficulties for AYA patients.

With the help of the Institute of Medicine (IOM) report Crossing the Quality Chasm: A New Health System for the 21st Century, patient-centered care has emerged as a prevailing model in healthcare. The report urged healthcare systems and providers to deliver evidence-based care in a manner that respects the preferences, values, and needs of each individual.6

Evidence suggests that health outcomes are improved when patients have greater control over their treatment decisions7; however, patient preferences for the amount of control over decision making vary depending on individual characteristics and situational context. Whereas decisional control preferences differ greatly, factors that predict preferences for a more active role include younger age, higher level of education, and health status.8

Given the implications of treatment decision participation on long-term outcomes and adherence, a growing number of studies have examined the extent to which adolescents with chronic illnesses want to be involved in decision making. The majority of both adolescents (46%) and parents (53%) preferred a passive role in treatment decision making, although shared decision making was favored by adolescents (37%) and parents (36%).9 Although this pilot study was underpowered to detect statistically significant differences, adolescents tended to prefer a more active role for themselves than parents preferred for them to have, demonstrating a need for increased education for parents of AYA patients.

In a literature review of decision making and fertility preservation issues among adolescent patients with cancer, most studies revealed that adolescents desire active involvement in their cancer treatment decisions, but controversy remains over their capacity to do so from the perspective of parents, providers, and the healthcare system. Quinn and colleagues demonstrated that while previous research has shown that adolescents want to discuss the impact of cancer treatments on their fertility and other long-term health concerns, further research is warranted to be able to bolster staff confidence in approaching this topic with patients and to individualize fertility preservation discussions to patient preferences.10

Further research is needed to identify the preferred level of involvement in decision making for AYA patients; however, based on what is known from adult oncology populations, nurses can promote shared decision-making with AYA patients as a means to increase patient engagement and individualized cancer care. Frequent assessments of patients’ and family members’ desire for shared decision making along the trajectory of cancer care may lead to improved patient adherence, trust in providers, and patient satisfaction. 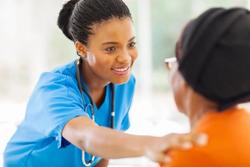