The Emperor of All Maladies: Documenting Cancer's Long Reign

The Emperor of All Maladies bills itself as a "biography of cancer," and while author Siddhartha Mukherjee cannot tell us precisely when cancer opened its eyes in this world...

The Emperor of All Maladies bills itself as a “biography of cancer,” and while author Siddhartha Mukherjee cannot tell us precisely when cancer opened its eyes in this world, he does a remarkable job of chronicling the affl iction’s journey from when the world fi rst opened its eyes to cancer. And although the phrase War on Cancer might be forever tied to 1971, Mukherjee demonstrates that mankind’s confl ict with the disease began much earlier. According to Mukherjee, one of the earliest confi rmed cases of cancer was fi rst diagnosed in 1990 by a paleopathologist, who discovered the 1000-year-old osteosarcoma in the upper arm of a Peruvian mummy. Archaeological evidence and anecdotal accounts suggest that cancer was ancient even in that victim’s lifetime and is possibly “one of the oldest diseases ever seen in a human specimen,” writes Mukherjee.

Despite cancer’s long history—Hippocrates christened the deadly malady karkinos (Greek for crab) in approximately 400 BC—the medical profession was exceedingly slow to accumulate useful knowledge about the disease. Greek physician Claudius Galen (130—200 AD) likely contributed to the snail’s pace of cancer research when he asserted that the creeping tumors contained black bile and warned against surgical excision for fear of spilling the inky fluid and seeding new tumors. The black bile theory persisted for centuries, according to Mukherjee, and although a brazen physician here and there challenged Galen, it was not until 1793 when anatomist Matthew Baillie published Morbid Anatomy that the hypothesis was retired. Baillie’s groundbreaking anatomy textbook contained illustrations of tumors exactly as he had observed them in cadavers: without a single drop of black bile. Mukherjee shares other insights that the world’s early physicians gleaned about cancer, such as Percivall Pott’s observation that the young lads who wriggled naked up London’s sooty chimneys had an unusually high rate of scrotal cancer. In 1808, Pott hypothesized that the malignancy was an occupational hazard, inspiring the passage of child labor laws for England’s chimney sweeps and tying cancer to the science of environmental epidemiology. The short lifespans seen in earlier times might help explain why cancer research crawled along, speculates Mukherjee. Cancer is primarily a disease of the aged and likely occurred with far less frequency in eras where people were more apt to die from infection or contagion.

Making Patients Part of the Story

In the mid-1800s, the pace of cancer research began to accelerate, with seemingly more discoveries made in the latter half of the 19th century than cumulatively in all prior centuries. While it is easy to fi nd many dry accounts of prominent breakthroughs in oncology, Mukherjee humanizes each discovery, pairing it not only with the face of the credited scientist or physician but also with the faces of the patients who made it possible. The Emperor of All Maladies stands as a testament to the interdependence of physicians and patients in oncology and reminds us of the debt we all owe to those brave individuals.

It is no surprise that Mukherjee, a practicing oncologist and assistant professor at Columbia University in New York, gives the patient a central role in this history of cancer. In the “Author’s Note,” he writes, “This book is not just a journey into the past of cancer, but also a personal journey of my coming-of-age as an oncologist. That second journey would be impossible without patients, who, above and beyond all contributors, continued to teach and inspire me as I write. It is in their debt that I stand forever.”

Introducing the Public to Cancer

The book is as much a story about the social advances in oncology as it is a story of the scientific ones. Mukherjee credits the combined efforts of Mary Lasker and Sidney Farber with taking cancer “from its basement into the glaring light of publicity.”

These early advocates started out apart but eventually came together to launch an aggressive campaign that brought the same kind of attention to cancer given to diseases like polio and birth defects. In December 1969, Lasker, Farber, and other signatories addressed a letter to then—President Nixon in the Washington Post demanding for cancer research “the kind of money and comprehensive planning that went into putting a man on the moon.”

In the letter, Farber said science was “so close to a cure for cancer.” The following year, Lasker called on science to fi nd a cure by 1976, a demand that Congress echoed in a unanimous resolution in 1970.

Mukherjee does not end the story there—he explains what happened in the decades after Nixon signed the National Care Act. While the increased funding and commitment failed to produce a cure, they have generated many laudable advances.

As Mukherjee catalogs these successes—angiogenesis, oncogenes, paclitaxel, trastuzumab, imatinib, cancer genomes, lumpectomy, and cancer stem cells, to name a few—he simultaneously demonstrates the amazing progress and lack of progress in a fi eld where every riddle solved spawns a dozen more. What we have learned, writes Mukherjee, is that “cancer…is stitched into our genome.” He explains that cancer cells are like normal cells, except that they “grow faster [and] adapt better.” He describes cancer cells as “more perfect versions of ourselves” and speculates that “we are fatally conjoined to this ancient illness, forced to play its cat-and-mouse game for the foreseeable future of our species.”

How Far Have We Come?

Mukherjee ties up cancer’s story with an interesting exercise that begins with Persia’s queen Atossa, who lived circa 550 BC and was said by the ancient historian Herodotus to have survived cutting out an insidious tumor from her own breast. He imagines her seeking treatment across various eras, beginning with Imhotep’s “clinic” in Egypt in 2500 BC. Imhotep consults his parchment guidelines on treating breast cancer and informs Atossa that “there is no treatment.”

Moving quickly past blood letting and ground goat horn to 1890, he describes Atossa undergoing a radical mastectomy from Baltimore surgeon William Stewart Halsted that fails to cure her, yet leaves her severely disfi gured. Fast-forward to the mid-1990s, and Mukherjee administers targeted therapy for a HER2-positive tumor and conducts genetic testing that shows Atossa has a BRCA1 mutation. Her daughters, considered high risk, also receive screening and discover that they are also BRCA1-positive. One opts for close monitoring and the other chooses prophylactic mastectomy. In 2050 AD, the time-traveling Atossa receives targeted maintenance therapy with a drug exquisitely tailored to the genetic profi le of her tumor and enjoys a normal lifespan, cancer free.

Just as the reader starts to feel optimistic about cancer’s future, Mukherjee writes, “[Now] give Atossa metastatic pancreatic cancer in 500 BC…Her prognosis is unlikely to change by more than a few months over 2500 years.”

Mukherjee suggests that winning this war might require “redefi ning victory” from a goal of eliminating death to one of prolonging life.

Viewing the progress we have made in the War on Cancer through the lens of Mukherjee’s informative yet lyrical book, I am convinced that there has never been a better time to get cancer. And although one never knows when a Eureka! moment might happen, cancer’s demise appears to be a distant dream. Fortunately, Mukherjee is still a relatively young physician—because I can think of no one better to write the sequel. 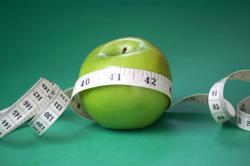