Patients with HER2-positive breast cancer who also have brain metastases experienced clinical benefit with fam-trastuzumab deruxtecan-nxki in the phase 2 TUEXEDO-trial. 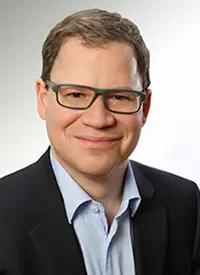 Most patients with HER2-positive breast cancer who also harbor brain metastases and were enrolled in the phase 2 TUXEDO-1 trial (NCT04752059) derived clinical benefit from treatment with fam-trastuzumab deruxtecan-nxki (Enhertu), according to data presented at the European Society for Medical Oncology Breast Cancer Congress 2022.1

Among the 15 patients in the intention-to-treat (ITT) population, the objective response rate (ORR) via response assessment in neuro-oncology criteria was 73.3% (95% CI, 48.1%-89.1%). Bartsch noted that in the analysis 1 patient was found to have dural brain metastases only resulting in 14 patients meeting protocol requirements. The ORR among these patients was 78.6%. The clinical benefit rate in the ITT population was 86.7% and 92.9% in the per-protocol population.

“Brain metastases are a common and devastating complication of HER2-postitive breast cancer,” Rupert Bartsch, MD, associate professor, codirector of the Brain Metastases Program, and a consultant for hematology and medical oncology in the Department of the Medicine I, Clinical Division of Oncology at the Medical University of Vienna in Austria, said. “Local therapy has long been the main stay of treatment, but recent years have seen growing interest in systemic treatments as well.”

Data from combination regimens of HER2 tyrosine kinase inhibitors (TKIs), such as lapatinib (Tykerb) or neratinib (Nerlynx) plus capecitabine, have yielded clinically relevant activity for patients with HER2-positive breast cancer and brain metastases who progress after local therapy.2,3

Data from trials such as the DEBBRAH trial (NCT04420598) have suggested a role for antibody-drug conjugates in patients with brain metastases, Bartsch said.

TUXEDO-1 is a single-center, single-arm trial for patients with histologically confirmed HER2-positive breast cancer with newly diagnosed brain metastases or brain metastases progressing after local therapy for whom there is no indication for immediate local therapy available. Prior exposure to trastuzumab and pertuzumab (Perjeta) were required and prior exposure to ado-trastuzumab emtansine (T-DM1; Kadcyla) was permitted.

Patients received trastuzumab deruxtecan at the recommended dose of 5.4 mg/kg intravenously once every 3 weeks until progression or unacceptable toxicity.

Investigators also reported other secondary outcome measures. The median overall survival was not reached and the median PFS was 14 months (95% CI, 11–not reached) at a median follow-up of 11 months (range, 3-17). The extracranial response rate among 13 patients with extracranial metastases was 27.8% and was 62.5% among 8 patients who had measurable extracranial disease at baseline.

AEs of special interest included 1 instance of ejection fraction decrease which was grade 3 and 1 instance interstitial lung disease which was grade 2 and was resolved after 6 weeks of corticosteroid treatment, according to Bartsch. Further, 6 serious AEs were reported in a total of 4 patients and 1 patient experienced grade 5 urosepsis which was not related to treatment.

“Global health status, physical function, and emotional function were maintained over the entire treatment period with an initial drop seen in the first weeks of therapy,” Bartsch said. “Importantly, in a trial conducted in patients with active brain metastases, cognitive function was maintained over the entire treatment period.”