Despite peripheral neuropathy associated with brentuximab vedotin in patients with lymphoma, patients believe the better outcomes are worth the risk of neuropathy.

Peripheral neuropathy (PN) is a known adverse event and potentially dose-limiting toxicity among patients with lymphoma who are treated with the immunoconjugate drug brentuximab vedotin (BV). Despite the prevalence and persistence of the side effect in this population, patients believe that the better outcomes the therapy offers offset its neuropathy risk, according to a new study.

Sarah Nagle, MD, of the Lymphoma Program at the Abramson Cancer Center at the University of Pennsylvania, reported the findings at the 2017 Cancer Survivorship Symposium held January 27-28 in San Diego. She and her research team sought to identify predictors of brentuximab vedotin—induced peripheral neuropathy (BIPN), whether it affected disease outcomes, and explore any psychosocial impacts of BIPN.

Their findings are based on a retrospective chart review, open-ended survey, and self-reported symptom assessment involving 89 lymphoma patients who received treatment at the cancer center between January 2010 and May 2016; of the total, 54% had Hodgkin lymphoma and 23% cutaneous T-cell lymphoma. Eligible patients were aged 18 years or older (median age, 48 years) and had 1 or more cycles of BV therapy (median, 5 doses); 71% of participants were treated with prior neurotoxic therapy.

Nearly half of the patients studied (n = 43) developed neuropathy; of these, 3 individuals had their BV held, 9 discontinued therapy, and 14 had their BV dose modified, Nagle reported in a poster presentation at the symposium. Forty-two percent of patients with BIPN used analgesics, and 6 were referred to a pain specialist.

“Therapy was altered in 58% of patients due to BV,” the researchers noted, “but this did not affect overall survival (OS) or progression-free survival (PFS).” Although not statistically significant, there was a numerical difference in both of the survival outcomes: the median PFS for patients whose therapy was altered due to BIPN was 6.2 months versus 12.4 months for those whose therapy was not altered (P = .09), and median OS was 25.8 months versus not reached, respectively (P = .11).

For about one-third of patients who developed BIPN (n = 14), the condition resolved completely, with a median time to resolution of 13 weeks. Among the 18 patients in the overall group who were eligible to be surveyed (those present for a clinic visit within the past year), 14 reported BIPN, and of these, 10 reported ongoing symptoms at the median follow-up of 24 months.

Three factors were identified as being associated with BIPN: the number of BV doses, the cumulative dose, and treatment response. Age, sex, prior neurotoxic agents, underlying neuropathy, diabetes, and body-mass index, were also examined, and none increased BIPN risk.

Overall, the investigators reported that BIPN affected quality of life in 50% of patients and work in 20%. The team also looked at more subjective commentary with respect to the psychosocial burden of neuropathy and elicited a range of responses, including difficulty with balance, pain after periods of long sitting or when getting up in the morning, a reliance on family members for tasks they can no longer perform, and finding the condition harder to deal with in the winter months than during the summer.

Some patients, however, said the condition was not limiting, whereas others acknowledged the symptom but said they had no regrets. “Despite significant symptoms from BIPN, all patients were satisfied with the decision to receive BV regardless of disease response,” the researchers reported.

“BIPN is a significant adverse effect in patients who receive BV, and it may fail to resolve in a large subset of patients,” they continued. Nonetheless, patients surveyed, “universally reported that the benefits of this therapy outweigh the risks. Clinicians should be aware of the risk for BIPN and educate patients accordingly,” concluded the researchers. 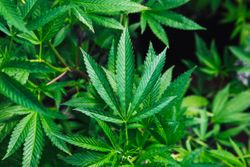 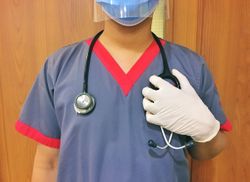