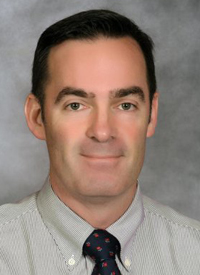 With the FDA approval of two new PARP inhibitor drugs since last year’s Ovarian Cancer National Conference, it’s no surprise the topic was of great interest at this year’s meeting in Chicago, and a standing-room-only crowd was on hand July 8 to hear the latest news on this practice-changing class of drugs.

“There is a dizzying amount of data with respect to how effective they are, how tolerable they are, and when it’s best to use them,” noted John Moroney, MD, the expert on hand to lead the discussion.

Three of these oral agents have been FDA-approved for specific indications in ovarian cancer: olaparib (Lynparza) in December, 2014, rucaparib (Rubraca) in December, 2016, and niraparib (Zejula) in March, 2017. These drugs continue to be the topic of investigation for expanded use in ovarian cancer, and Moroney mentioned two other PARP inhibitors in development: veliparib and talazoparib.

As just one indication of the impact of these agents on the research landscape, Moroney said that when he went on clinicaltrials.gov that morning, there were 57 active trials involving PARPs. That’s a big number, but it includes some smaller trials. Moroney, who is an associate professor of obstetrics and gynecology specializing in gynecologic cancers at University of Chicago Medicine, added that the majority of the phase III trials in patients with ovarian cancer are for those who respond to platinum chemotherapy.

The first approved PARP inhibitor, olaparib, is indicated for women with germline BRCA-mutated advanced ovarian cancer who have had three or more lines of chemotherapy. The trial that led to the drug’s approval reported an objective response rate of 34%, and 55% of patients were free of progression at 6 months.

Rubraca is approved for the treatment of BRCA-positive advanced ovarian cancer after at least two lines of chemotherapy. With this drug, BRCA-positive status can be due either to a germline mutation or a mutation in the tumor itself, known as a somatic mutation. The FDA also approved a companion diagnostic to detect deleterious BRCA mutations in tumor tissue. Rubraca’s approval was based on data from 106 patients across 2 trials; in a pooled analysis of the data, the objective response rate was 54%.

The latest approved addition to the PARP class of drugs is niraparib. This drug can be prescribed as maintenance treatment following a partial or complete response to the patient’s most recent platinum chemotherapy, and it can be used in women who do not harbor BRCA mutations.

With PARP inhibitors now established as an efficacious ovarian cancer treatment option for many women, Moroney discussed some of the questions patients may have about them, including what side effects to look out for and when is the best time to use them. There is also interest in whether they may be used in combination with other drugs.

Moroney said that when PARPs first came to market, it was assumed the oral agents would be nothing like chemotherapy in terms of adverse events: “With more experience, we’ve learned that by and large, they are significantly more tolerable than many of the first-line chemotherapies,” but he cautioned that there are still some side effects.

He highlighted three gastrointestinal side effects – nausea, constipation, and abdominal pain – observed with all three FDA-approved PARPs, but few are the serious grade 3 or 4 adverse events that can result in treatment disruption or hospitalization. He did say, however, that when grade 2 toxicities persist over time for any drug, they can be very distressing for patients and deserve more attention.

Similar to the way chemotherapy can affect hemoglobin and platelets, Moroney explained that all of the PARP inhibitors can have some hematologic toxicities, principally involving decreased hemoglobin. Fatigue is another frequently reported side effect, which, Moroney acknowledged, “is much underappreciated by most oncologists, including me.” All of the agents can cause some fatigue, he said, but less than 10% of patients have had to stop the medication as a result.

The Best Setting for PARPs

Moroney said the answer to this question is not yet clear. PARP inhibitors were initially studied in the platinum-sensitive and platinum-resistant setting, but studies are being conducted of the agents as primary treatment. There are no FDA approvals in the primary setting yet, but Moroney anticipates that findings from these studies will help to determine whether PARPs are an option as primary treatment, with some expected to report results in approximately 18 months.

Researchers are now investigating the agents in combination, including trials testing olaparib combined with cediranib maleate in platinum-sensitive and platinum-resistant ovarian cancer. He explained that cediranib is similar to Avastin in that it is an anti-angiogenesis drug that keeps new blood vessels that feed the tumor from forming.

In updated findings from a small phase 3 trial studying the combination that was reported at the annual meeting of the American Society of Clinical Oncology in June, 2017, adding cediranib to olaparib showed a superior median progression-free survival of 23.7 months, compared with 5.7 months with single-agent olaparib in 23 women with recurrent platinum-sensitive ovarian cancer, but without a known BRCA germline mutation. The 24 women in the study with a BRCA mutation did not derive the same benefit. “In this trial, patients who were non–BRCA-mutated, actually did better than those who were,” Moroney noted.

PARP-immunotherapy combinations are also being explored, including one phase I/II study that is currently recruiting patients that is examining olaparib with the monoclonal antibody tremelimumab in BRCA 1 and BRCA 2 carriers with recurrent ovarian cancer (NCT02571725).