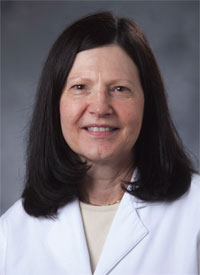 New standards for protecting healthcare workers, patients, their families, and the environment from unnecessary exposure to hazardous drugs (HDs) are coming next year. These standards were published in February 2016 by the US Pharmacopeial Convention (USP) in General Chapter <800> Hazardous Drugs—Handling in Healthcare Settings of its National Formulary; they will be officially implemented July 1, 2018.

One of the new requirements is the mandatory use of closed system transfer devices (CSTDs) for the administration of antineoplastic drugs “when the dosage form allows.”1 This means that nurses must use CSTDs for chemotherapy agents when the standards become mandatory.

CSTDs are devices that contain HDs when they are transferred from one container to another (eg, from vial to syringe or IV container). The National Institute for Occupational Safety and Health (NIOSH) defines a CSTD as a “drug transfer device that mechanically prohibits the transfer of environmental contaminants into the system and the escape of hazardous drug or vapor concentrations outside the system.”2

Currently 10 products are available in the United States with various methods of reducing leaks and capturing HD aerosols. Each has multiple components that work together, such as vial adapters, syringe adapters, and tubing connectors. Parts from different systems are not interchangeable or compatible.

The purpose of CSTDs is to prevent the escape of HDs that may be harmful to healthcare workers while maintaining sterility of the product. Standard IV equipment is designed to protect patient safety (ie, to provide a sterile path for fluids or prevent free-flow). IV components with open-ended tubing, needles, and needleless connectors are open systems that are prone to leaking—which is not dangerous if the leaking fluid is normal saline or 5% dextrose solution.

When handling HDs, however, even small leaks are problematic. In addition to exposure of the individual preparing or administering HDs, leaking results in contamination of the environment with HD residue. That residue becomes an invisible source of exposure for others, even those not directly involved in HD handling or

the care of patients receiving the drugs.3,4 Nurses may think that if they are careful, their routine drug administration activities will not result in HD leaking and exposure. Multiple studies indicate that is not the case.5-8 In one study, for example, when nurses primed IV tubing and connected chemotherapy infusions to patients, 30.5% of the time their gloves were contaminated with the drugs.8

The effectiveness of CSTDs in containing HDs has been documented since the early 2000s. Substantial published evidence indicates that the use of some of the devices has resulted in a reduction in environmental contamination and worker exposure.9-11

Every CSTD study has demonstrated improved worker safety. USP considered this along with the fact that no other engineering controls exist for HD administration when writing the standards. These devices have the potential to minimize occupational exposure to HDs for nurses and others in areas where these drugs are prepared and administered.

CSTDs are not perfect. The ability to prevent HD exposure varies with the device. There is no performance standard or testing methodology to evaluate manufacturers’ claims of efficacy. Some product components are bulkier than other IV equipment with which nurses are familiar. Other products require nurses to use different techniques. Most require training and practice to learn how to use the devices correctly, and user error may influence containment. An additional barrier is that CSTDs add cost to each dose of drug for which they are used.

CSTDs do not solve all problems related to HD exposure. No CSTD can be used with ampules, so opening ampules and withdrawing HDs is a source of exposure (arsenic trioxide comes in an ampule). Alternative routes of drug administration may require delivery equipment that is incompatible with CSTDs, precluding their use.

Additionally, nurses must remember that any HD contamination on the outside of vials when delivered by the manufacturers is still a source of exposure, and will not be affected by CSTD use.

Additional Readings
»» Eisenberg S. Hazardous drugs and USP 800: implications for nurses. bit.ly/2mJ1IFg
»» Massoomi F. The evolution of the CSTD. bit.ly/2mmaXjE
»» Power LA. Closed-system transfer devices for safe handling of injectable hazardous drugs. bit.ly/2nfhP1q
When making decisions about which device to purchase, organizations must identify the CSTD that best fits with the needs of the setting. An interdisciplinary group should be involved in product selection, including pharmacists and nurses who will use the devices. The evaluation team should examine product information, including published studies supporting their containment. Compatibility with other IV equipment and ease of use should be considered. Product trials conducted under usual working conditions allow staff to see how well CSTDs fit the drug administration procedures of the practice setting.

Eflapegrastim BLA Resubmitted to FDA For Management of Chemo-Induced Neutropenia
By: Gina Columbus