Despite the proven effectiveness of a targeted drug for HER2-positive breast cancer, older women, especially black women, are still receiving it at low rates, according to a study conducted by researchers at the University of North Carolina at Chapel Hill (UNC) Lineberger Comprehensive Cancer Center.

Despite the proven effectiveness of a targeted drug for HER2-positive breast cancer, older women, especially black women, are still receiving it at low rates, according to a study conducted by researchers at the University of North Carolina at Chapel Hill (UNC) Lineberger Comprehensive Cancer Center.

The drug trastuzumab (Herceptin) is significantly increasing survival rates among HER2-positive patients. Specifically, a previous study found it increased survival rates by 37% when combined with chemotherapy compared with women who only received chemotherapy.

The study, published in the Journal of Clinical Oncology, examined 1362 women who were diagnosed with nonmetastatic HER2-positive breast cancer in 2010 and 2011. Participants were 66 years of age or older and insured through Medicare, which is how researchers were able to track data to investigate the rate of trastuzumab use among the study group.

Black women were 25% less likely to receive treatment within the first year of diagnosis, even when researchers took into account other factors, such as poverty, tumor characteristics and comorbidity, which could have affected access to the treatment.

“In many ways, this is not surprising because we know that across many types of breast cancer therapy, black women are less likely to receive treatment for a clinically similar disease,” said the study’s first author Katherine Reeder-Hayes, MD, in a statement.

“But one might hope that having a clear biological marker of eligibility for a treatment in this case—having overexpression of the HER2 receptor—would mitigate disparities because it would be an objective measure of who should receive the therapy.”

The research team noted, however, that the study consisted of several limitations, such as costs associated with the treatment option. Trastuzumab costs about $5000 per infusion, and while all study participants are insured under Medicare, their supplemental plans may vary.

Both the out-of-pocket costs that may incur as a result of the various plans as well as the length of time a patient receives the combination of trastuzumab and postsurgical chemotherapy are potential limiting factors to a patient’s access to this drug.

“It may not be possible to understand exactly which of these things is the driver of a disparity in a particular area,” Reeder-Hayes added. “But I think it’s important to recognize that the package of those factors together can serve as a warning sign of people who may be vulnerable to not getting the care that they need.” 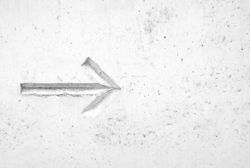