Empowering Patients Along Their Cancer Journey

Many studies are currently assessing the role of patient navigation in achieving both quantitative and qualitative improvements in cancer care, and metrics have been developed to capture demonstrable evidence for this relatively new subspecialty of oncology nursing practice. Yet amidst all this fact-finding lives an individual patient with cancer.

Many studies are currently assessing the role of patient navigation in achieving both quantitative and qualitative improvements in cancer care, and metrics have been developed to capture demonstrable evidence for this relatively new subspecialty of oncology nursing practice. Yet amidst all this fact-finding lives an individual patient with cancer. These individuals, along with their families and other caregivers, need a personal resource to help them to navigate the personal tsunami that landed them in this terrifying parallel universe called cancer—where even the vocabulary is foreign and logic often proves elusive. As oncology navigators, we must never allow ourselves to lose sight of this uniquely challenged fellow human being in our care. This column is intended to share these patients’ personal stories, with a focus on how oncology patient navigation forges and sustains a partnership of trust and empowerment.

When I first met Lizzie, she was a 48-year-old systems analyst who managed her own successful business. Dr. B had called me to the consult room and explained that Lizzie was a postoperative ovarian cancer patient who would be starting chemotherapy. I sat down (always sit down if possible!), introduced myself, and simply asked Lizzie to start at the beginning, so we would know how to go forward in our journey.

After an hour and a half of extremely detailed history covering a year’s worth of misdiagnoses, I understood that here sat a very angry, intelligent woman whose faith in the medical profession was close to being shattered, not to mention her terror of now being diagnosed with stage IV, clear cell, ovarian cancer (she had already conducted extensive research and consulted two other gynecologic oncologists and one medical oncologist in Atlanta). Her life partner, Kayla, a practice administrator for a large multispecialty medical practice, was equally angry and terrified for the love of her life.

Lizzie was debating whether to be a clinical trial participant, and the next day I left for an important, weeklong, national conference. During that conference, Dr. B called me several times to participate in conference calls with Lizzie and Kayla to discuss not only the trial, but a myriad of other questions they had. I spent about 5 hours on the phone with them during prime conference time, but much later in the journey, they both told me that in those conversations I became their lifeline. Their trust in me soared, laying the foundation for our 6-year partnership.

Lizzie opted for the trial, and during that time, I worked very closely with her and Kayla on nutrition and supplement choices and coping with neuropathy and connected her with the support group our then private practice organized for our patients.

She enjoyed 8 months of remission, during which time she and Kayla traveled out west, and my very favorite memory of her is the picture she sent from 17,000 feet atop a plateau on the Grand Teton mountain range. I hung that picture outside my office door for everyone to see and derive inspiration.

Two months after the transition of our practice to a hospital-based setting, Lizzie’s cancer recurred, and she underwent hyperthermic intraperitoneal chemotherapy, a very strenuous procedure. I interacted very closely with Lizzie and Kayla during this time.

She was restarted on chemotherapy, but the markers and scans did not show the dramatic results that prior regimens had yielded. Her admissions to the hospital were becoming more frequent, with small bowel obstructions, neutropenic fevers, and tumor progression taking their toll on this once fiercely independent, physically fit woman.

Our team started a hospital-based support group hosted by the Cancer Support Community (CSC), which grew to over 100 patients in the first year. Lizzie and Kayla were avid participants and greatly benefited from the counseling provided by the social worker at the CSC.

Sadly, at this time I realized that her family was choosing to view Lizzie and Kayla as great friends and not acknowledge the life and love they shared. There were many conversations borne of sadness and frustration, where my job was to be a patient, impartial, and empathetic ear to Kayla and Lizzie, and also to her family.

Lizzie’s disease progressed, and she was eventually admitted to an inpatient hospice. Kayla asked me to come and counsel her about allowing the staff to give her morphine (she was refusing it because the drug made her fuzzy, and she found that unacceptable). Kayla told me that I was the only person she had total trust in at that point, so we talked, and Lizzie took the morphine.

The following Saturday my husband and I were going out to dinner at a restaurant near the hospice, and Kayla asked if we would stop by as Lizzie was getting rapidly weaker. We arrived and found her to be very fragile and somewhat short of breath.

She had come to know my husband by this time, having met him at many ovarian cancer events. She asked him to sit down by her bed, and he took her hand. Lizzie held my husband’s hand and looked into his blue eyes and said, “I can see God in your eyes. Your eyes are the color of the sky. Now I know everything is okay.”

We left shortly after that and went to dinner. My husband was quiet, and after we ordered our dinner, I looked up, and tears were streaming down his face. He simply said, “How do you do this day after day?”

Those of us who are nurse navigators know the answer. It is my profound honor to partner with these individuals who entrust us to be alongside them throughout their cancer journey, wherever it may lead.

Penny Daugherty is an oncology nurse navigator, specializing in gynecologic oncology and multiple myeloma, at the Northside Hospital Cancer Institute in Atlanta. 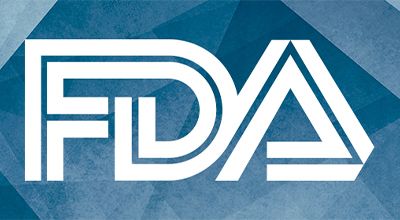 In this episode of “The Vitals,” Nikki Urban, RN, discusses the successful implementation of a phone triage program at Allegheny Health Network.