Mosunetuzumab, an off-the-shelf outpatient therapy with a fixed duration of treatment, demonstrated promising responses in patients with relapsed/refractory follicular lymphoma. 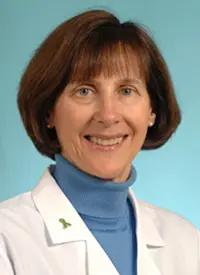 No new cases of cytokine release system (CRS) were observed with extended follow-up, and the predominantly low-grade CRS events observed in the study support the administration of mosunetuzumab as an outpatient regimen, lead study author Nancy Bartlett, MD, said while presenting the findings during the 2022 ASH Annual Meeting.

“Mosunetuzumab is a very promising treatment with high response rates with the added benefit of being an off-the-shelf outpatient therapy with a fixed duration of treatment,” Bartlett, a medical oncologist at Siteman Cancer Center, and Koman Chair in Medical Oncology at Washington University School of Medicine, in St. Louis, Missouri, added.

Mosunetuzumab is a CD20 and CD3 T-cell-engaging bispecific monoclonal antibody that redirects T cells to eliminate malignant B cells. In July 2022, the FDA accepted a biologics license application and granted a priority review designation to mosunetuzumab for the treatment of patients with relapsed/refractory follicular lymphoma following at least 2 prior systemic therapies, based on the earlier findings of the GO29781 trial.2 The agency approved the agent on December 22, 2022.

In the single-arm, multicenter, phase 2 study, investigators enrolled 90 patients with follicular lymphoma grade 1-3a, ECOG performance status of 0 to 1, and receipt of at least 2 prior lines of therapy, including an anti-CD20 antibody and an alkylator agent.

About one half (52%) had progression of disease within 24 months from the start of first-line therapy, and approximately 21% had prior autologous stem cell transplant.

Results from the primary analysis showed an ORR of 80% and a CR rate of 60%, with most patients maintaining response after 18 months. It met its primary endpoint, using a 14% ORR with historical controls (P < .0001).3

Bartlett presented findings from an additional 10 months of follow-up, adding up to a median follow-up of 28.3 months.

The median time to next treatment had not been reached.

Whole-exome sequencing was performed in 51 available baseline biopsy samples to assess activity of mosunetuzumab in patients with known prognostic variants. Single-nucleotide variants were found at a similar frequency to reported previous rates, she said.

Response rates were “agnostic” across mutations. Specifically, there was no difference in the ORR among the 10 patients with a TP53 mutation.

Regarding safety, no new treatment-related adverse events (AEs) were reported since the initial publication. Fifty-one percent of patients had grade 3 or higher treatment-related AEs, the most common being neutropenia and hypophosphatemia. There were 2 deaths on study, and investigators concluded that neither were related to mosunetuzumab; 1 was due to progressive disease and the other due to a grade 3 CRS in a patient who was off therapy. Four percent of patients discontinued treatment because of an AE, 2 of which were because of CRS.

There were no new CRS events since the initial publication. Overall, 44% had any-grade CRS with 1 patient having grade 3 CRS and 1 had grade 4 CRS event. Most CRS events occurred during cycle 1.

Corticosteroids were administered in 11% of patients and tocilizumab in 8% for CRS management. “There did not seem to be any correlation between tumor response and the occurrence of CRS,” Bartlett said.