Psychosocial Standards of Care for Children 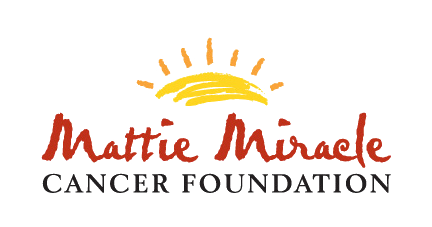 In November 2009, just less than 2 months after losing their only child, Mattie to osteosarcoma at age 7, Peter and Victoria Brown created the Mattie Miracle Cancer Foundation.

In November 2009, just less than 2 months after losing their only child, Mattie to osteosarcoma at age 7, Peter and Victoria Brown created the Mattie Miracle Cancer Foundation, a 501(c)3 public charity, to address the psychological, emotional, and psychosocial needs of children with cancer and their families.

The Browns live in Washington, DC and spent many days after Mattie’s death on Capitol Hill lobbying for greater awareness of the psychosocial needs of children with cancer and their families.

The Browns quickly learned there were no psychosocial standards of care, and therefore made it their mission to have standards developed and established.

“We had no idea how we were going to accomplish this large task, but we knew it had to be done. Through Mattie’s 14-month long horrific battle with cancer, we learned firsthand the importance of having psychosocial support,” said Victoria Sardi-Brown, PhD, co-founder of the Mattie Miracle Cancer Foundation and Mattie’s mom.

The Mattie Miracle Cancer Foundation spearheaded a 3 1/2-year long project, in which an international group of over six dozen clinicians, researchers, and healthcare professionals, led by a core team of five distinguished professionals (Lori Wiener, PhD; Anne Kazak, PhD; Mary Jo Kupst, PhD; Robert B. Noll, PhD; and Andrea Patenaude, PhD), developed an evidence-based set of standards which are considered the essential elements of psychosocial care. These standards will ensure a minimum level of care that spans the entire cancer trajectory, from the date of diagnosis through survivorship, or end of life and bereavement care.

The standards are to be published later in 2015, in a special edition of Pediatric Blood & Cancer, which is the official journal of the American Society of Pediatric Hematology/Oncology and the International Society of Paediatric Oncology, and is affiliated with the European Society of Paediatric Haematology, the Histiocyte Society, and several other international pediatric oncology associations. The publication of these standards in a tier-1 medical journal signals their importance and significance to this community.

The Standards Project was conceived with a Congressional briefing and symposium on Capitol Hill in Washington, DC in 2012, which presented to Congress the shortcomings and need for essential psychosocial support for children with cancer and their families.

Victoria Sardi-Brown, PhD, spearheaded the event, which served as the beginning of the project to develop the standards and over the next 3 years was followed by multiple think tanks, dozens of working sessions, weekend conferences, monthly conference calls, endless article reviews, researching, writing, and all the while following rigorous, disciplined, and respected methodologies for the development of the standards.

To learn more about the standards, visit www.mattiemiracle.com and click on. We also recommend you watch a brief video by Andrea Patenaude, PhD, director of Psychology Research and Clinical Services, Dana-Farber Cancer Institute, describing a recent symposium on the Standards at an international psycho-oncology conference https://vimeo.com/135103105,