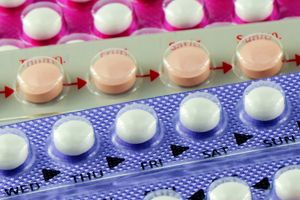 Oral contraceptives may provide long-term protection against endometrial cancer, according to research conducted by the Collaborative Group on Epidemiological Studies on Endometrial Cancer. The study found that as many as 400,000 cases of endometrial cancer may have been prevented in developed countries since 1965, including about 200,000 in the last decade (2005-2014).

“The strong protective effect of oral contraceptives against endometrial cancer—which persists for decades after stopping the pill&mdash;means that women who use it when they are in their 20s or even younger continue to benefit into their 50s and older, when cancer becomes more common,” study author Valerie Beral, DBE, AC, MA, FRS, a professor at the University of Oxford in the UK, said in a statement.

“Previous research has shown that the pill also protects against ovarian cancer, Beral added. “People used to worry that the pill might cause cancer, but in the long term the pill reduces the risk of getting cancer.”

The American Cancer Society estimates that more than 10,000 women will die of uterine cancers in the United States in 2015. The incidence of endometrial cancer is rare in women younger than 45 years of age, with the risk of disease increasing in women 55 years and older.

For their study, researchers combined data on 27,276 women with endometrial cancer from 36 epidemiological studies from North America, Europe, Asia, Australia, and South Africa. The median age of the women in the study was 63 years, and the median year of diagnosis was 2001. While 35% of the 27,276 cases reported using oral contraception for a median of 3 years, 39% of the more than 115,500 controls had used oral contraceptives for a median duration of 4.4 years.

Considering that estrogen levels in pills in the early decades were double those in contraceptive pills manufactured today, the reduction in risk was comparable, which suggests that the amount of hormones in the lower dose pills is still sufficient to reduce the incidence of endometrial cancer, according to the authors.

The proportional risk reduction did not vary substantially by women’s reproductive history, adiposity (amount of body fat), alcohol use, tobacco use, or ethnicity.

In an accompanying commentary in the journal, Nicolas Wentzensen, MD, PhD, and Amy Berrington de González, D.Phil, from the Division of Cancer Epidemiology and Genetics at the National Institutes of Health, discussed other ongoing studies examining the use of oral contraceptives as chemoprevention in women carrying BRCA1 and BRCA2 mutations and against Lynch syndrome:

“Even if the biological mechanisms remain elusive and the existing evidence falls short of wider recommendations for chemoprevention, women need to be more aware of the unintended benefits and the risks of oral contraceptives, so that they can make informed decisions,” they wrote.