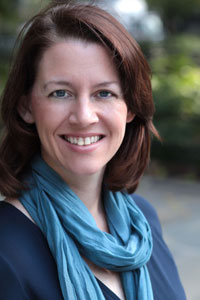 Theresa Brown, PhD, BSN, RN, began her professional career as an English professor, but changed direction when she returned to school to study nursing. It did not take too long for Brown to find a home in oncology nursing practice, honing a particular interest in palliative care and supporting patients and families at the end of life. Brown has penned many articles and blog posts about life as a nurse and her current practice focus on hospice care, offering insightful and thought-provoking perspectives on healthcare today. She is a frequent contributor to the New York Times, and the author of two books, Critical Care: A New Nurse Faces Death, Life, and Everything in Between (2010) and The Shift: One Nurse, Twelve Hours, Four Patients' Lives (2015).

The Shift follows Brown as she cares for her patients during a 12-hour shift on an oncology ward. Any nurse who has worked in a hospital can identify with the many challenges Brown faces, the decisions she must make, and how she struggles to keep her day on track. Oncology nurses can identify with the issues unique to caring for patients with cancer, their families, and the spirit of hope and healing that underpins it all. Oncology Nursing News spoke recently with Brown about the challenges—and the rewards—that define her occupation.

How did you decide to specialize in oncology, and specifically palliative and hospice care?

There's a lot of cancer in my mom's family, so I always had an interest, fascination, and then fear of oncology. When I first went into nursing, there was no way I ever thought I would choose oncology. But by the end of school, it just felt like absolutely the right fit. It's such an interesting field. You always have to be paying attention to everything that's going on with your patients, and I really like that. There are always new developments and new things to learn. It's very sad at times, too, but it wasn't the sadness that drew me to it, obviously. It was the positive aspects.

I think hospice is an extension of oncology. I feel like the two fields really should be seen as connected. I really wanted to see some better endings and be in that space with people and their families. I found out I was able to do that. It's hard, but it didn't make me uncomfortable. I didn't feel like I had to run away, and it's such a privilege to be there with people and acknowledge that someone's life is ending, and how hard that is and what it brings up. It's really an opportunity.

What are your thoughts on both the challenges and the rewards of practicing in oncology and palliative care?

I think when people die is the hardest thing any of us will ever face, whether it's our own death or the death of someone we love, because death is the only thing in life that really is final. You can't reverse it. You can't change it. You have to deal with it because it's so concrete and that's what makes it hard, but it makes the time surrounding someone's death so incredibly rich.

Yet, emotionally, there's so much opportunity to really validate what people have done in their lives and also to validate the caregivers. Most of the people I see are in home hospice, and someone in their family, often more than one person, is taking care of that dying person. In this role, we have the chance to tell them, "Look at what you're doing. It's amazing.” I think people in that situation take their own caregiving for granted, so I love being able to say to them, "You just get a gold star as a human being for doing this amazing work." Our society doesn't really thank people for doing that work, and we should.

There's so much promise, and yet there is still so much disease that we can't cure, so that's really frustrating. We've gotten so much better at treating some diseases. But even among those that we're so amazing at treating, sometimes people just get a really bad form of the disease and we can't help them. That's very hard.

Continue Reading (Page 2) >>
Discussions >>
Talk about this article with nurses and others in the oncology community in the General Discussions Oncology Nursing News discussion group.

1 in 5 Patients Engage in Nonmedical Opioid Use
By: Brielle Benyon