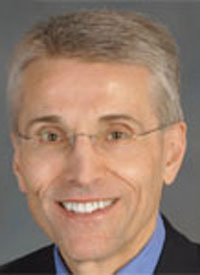 Olaratumab (Lartruvo) has been granted an accelerated approval from the FDA to be used in combination with doxorubicin for the treatment of patients with advanced soft tissue sarcoma (STS) who are not candidates for radiotherapy or surgery.

"For these patients, Lartruvo, added to doxorubicin, provides a new treatment option," Richard Pazdur, MD, director of the Office of Hematology and Oncology Products in the FDA’s Center for Drug Evaluation and Research and acting director of the FDA’s Oncology Center of Excellence, said in a statement. "This is the first new therapy approved by the FDA for the initial treatment of soft tissue sarcoma since doxorubicin’s approval more than 40 years ago."

The human IgG1 monoclonal antibody olaratumab binds to PDGFRα and blocks the PDGF-AA, PDGF-BB, and PDGF-CC ligands from binding to the receptor, according Lilly, the developer of the agent.

The pivotal, open-label phase II JGDG study included 133 patients with advanced STS that was not amenable to surgery or radiotherapy. Eligible patients had to have an ECOG performance status <2 and available tumor tissue to determine PDGFRα status. Patients could not have received prior anthracyclines, but previous treatment was allowed. Patients were stratified by PDGFRα status, lines of prior treatment, ECOG PS, and disease histology. Patient characteristics were well balanced between the arms. By a small margin, there were more females who received the combination.

"Lartruvo represents an important step forward in soft tissue sarcoma treatment," said William D. Tap, MD, chief of the sarcoma medical oncology services at Memorial Sloan Kettering Cancer Center and the principal investigator of the JGDG registration trial, said in a statement. "We are pleased with this approval, which will provide patients with a treatment option that offers new hope in their battle against this difficult disease."

There were 6 grade 3 adverse events (AEs) that were observed in at least 5% of the population: neutropenia, anemia, febrile neutropenia, fatigue, thrombocytopenia, and infections. Three of these AEs occurred at a significantly higher rate in the combination arm compared with the doxorubicin arm: neutropenia (51.5% vs 33.8%), anemia (12.5% vs 7.7%), and fatigue (9.4% vs 3.1%).