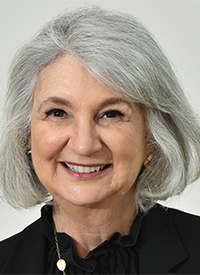 According to a release from the FDA, the trend toward e-cigarette use by minors is a problem approaching “epidemic proportions.” Citing recent sales trends, news coverage, and increased concerns among youths, parents, and educators, as well as preliminary data that will be released in the near future, the agency announced its intentions to aggressively combat this trend.

As an opening salvo, the agency issued more than 1300 warning letters and fines to companies selling e-cigarette products to minors such as Vuse, Blu, JUUL, MarkTen XL, and Logic. It also issued warning letters to online retailers selling labeled products that appear to be misleading and are inherently geared toward youths, such as e-liquids in flavors such as candy and cookies. In addition, it asked 5 e-cigarette manufacturers to generate plans to help the reverse the trend.

The FDA also plans to review its current compliance policy to see if it requires revision and it will enhance enforcement actions.

Initially billed as products that can help smokers quit, e-cigarettes have taken on a life of their own, becoming popular with young people as an alternative to cigarettes. But these uses have dangers as well.

In an interview with Oncology Nursing News®, Sarna, dean of the University of California, Los Angeles School of Nursing, and world-renowned expert on the topic of tobacco control, smoking cessation, and lung cancer, clarifies what oncology nurses need to understand about e-cigarettes and how to educate patients about them.

What do we know and what do we still need to learn about e-cigarettes, vaping, and health?

What we know is that these products went straight to market. They didn't have clinical trials so that the FDA could approve them as smoking cessation aids. There are research studies going on now and we don't have conclusive evidence about their role in smoking cessation. There are some studies that suggest that they might help but other studies don't.

It's concerning that some people are both smoking and using e-cigarettes and of course a major concern of many of us is the introduction of nicotine addiction to people who have never smoked, and that is among young people.

In terms of risk, because it doesn't behave like combusted cigarettes, there may be less cardiovascular risk, but we do not know the long-term consequences of some of these chemicals that are in the vapor (that could be associated with) cancer, for example. So, it may be different for different diseases.

Do we know the amount of nicotine in these vaping products? How dangerous are they?

They have been generally unregulated, so the amount of nicotine varies from none to a whole lot.

What should oncology nurses know and what role could they have in preventing use of e-cigarette products and the use of these items by youths?

I think the most important thing oncology nurses need to know is that there are approved medications for helping people (to) quit smoking, and these are nicotine replacement products that are approved, as well as a couple of non-nicotine products that decrease the interest or satisfaction with smoking (varenicline and bupropion). These are underutilized.

The gold standard for smoking cessation is approved by the 2008 tobacco dependence treatment guideline (Treating Tobacco Use and Dependence). It is a combination of pharmacotherapy using these products to decrease withdrawal symptoms after people quit smoking, and offer behavioral (and social) support because this has been something people have been doing many times a day.

Just being able to discuss how they're going to prepare for a quit attempt—how it's going to impact their lives ... Some people rearrange their furniture, for example, if they've smoked in a favorite chair. It's not just about "just say no," it really is about a conscious preparation. The medications are important because this is a very addictive drug. Only 3 to 5 out of 100 people who try to quit smoking without any help are able to be smoke-free 1 year later.

How do you feel about the actions the FDA is taking?

I think it's very important. I am very concerned with these flavorings that are in these e-cigarettes and the appeal to youth.

I was recently in an airport where they had e-cigarette products with what looked like cigarette girls from the 1970s talking to people about these products. They had starter kits, (and) all (of) these different flavors ... this is really aimed at a young market. It's very concerning.

I think that for oncology nurses, it's important to have conversations with patients about what we don't know. If people are interested in getting off of cigarettes, it's important to let them know about the approved pharmacotherapy products. If they persist in wanting to use these cigarettes, hopefully the goal will be that they will stop vaping and smoking altogether. There's also the concerns about what the aerosolized vapor is in the air, so they shouldn't do it around children.

For youth, I think anything we can do to make it harder for them to get access ... policies need to be in place. The JUUL—this new little product that looks like a flash drive—is concerning because it's not just nicotine that people are putting in there. They're also using other drugs such as marijuana and they're getting high in the classroom. This is another drug delivery system, the e-cigarette.

Is there anything else you would like to add on the subject?

As the studies come forward about what the role, if any, of e-cigarettes (is) in helping people quit, things will become clearer. I'm very worried about this new generation of people who may become addicted to nicotine. The e-cigarettes can be a gateway to smoking. This is a substantial risk, not just for lung cancer but for many tobacco-related diseases.

Individuals interested in quitting should call the evidence-based telephone quit line for support at 1-800 Quit Now.


Discussions >>
Talk about this article with nurses and others in the oncology community in the General Discussions Oncology Nursing News discussion group.