Lack of Survivorship Care for Patients with Lung Cancer 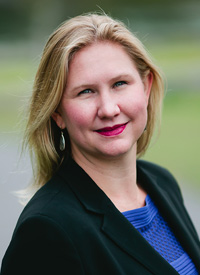 There are large gaps in supportive and survivorship care for patients with lung cancer, revealed a new study presented at the 2017 Cancer Survivorship Symposium held January 27-28 in San Diego.

Researchers from Lung Cancer Alliance found that the majority of patients and caregivers did not have values-based discussions with their oncologist, nor did they receive palliative care, survivorship care plans or psychosocial support.

“We want to raise awareness that there are these problems, these conversations need to start happening and health care infrastructure could be changed,” Jennifer King, Ph.D., director of Science and Research at Lung Cancer Alliance and one of the authors on the study, tells Oncology Nursing News in an interview. “This was eye-opening for us of how big the gaps were in some areas. There is certainly a lot that can be done in the lung cancer community.”

An electronic survey was delivered to patients with lung cancer and caregivers, and 820 people responded (471 patients, 349 caregivers). The study states that less than half of patients reported having a conversation about their values and care goals with a treatment team before a treatment plan was determined. Additionally, less than 30 percent of patients reported having a mental health professional, social worker, nurse navigator or palliative care specialist as part of their care team.

However, this study found that only 26.9 percent of patients had even discussed palliative care and just over 20 percent reported receiving it.
To help close these gaps, King advises every patient with cancer to become informed and to ask questions during visits to their oncologist’s office.

As far as the caregivers who participated in the survey, they had cared for loved ones with advanced cancer, who often did not survive. For patients who did complete treatment and survived more than five years beyond diagnosis, only 22 percent of patients and 15 percent of caregivers reported having a survivorship care plan.

King hopes to further research on this by looking into rural communities, and communities where patients are underserved. While Lung Cancer Alliance continues to build patient-centered educational programs around these gaps, she wants to raise awareness within the health care industry.

“The tide is turning for patients with lung cancer in terms of treatment,” she says. “It’s an interesting new day, where there is a lot more hope and a lot more options than just a couple of years ago.”