From Nurse to Freelance Writer 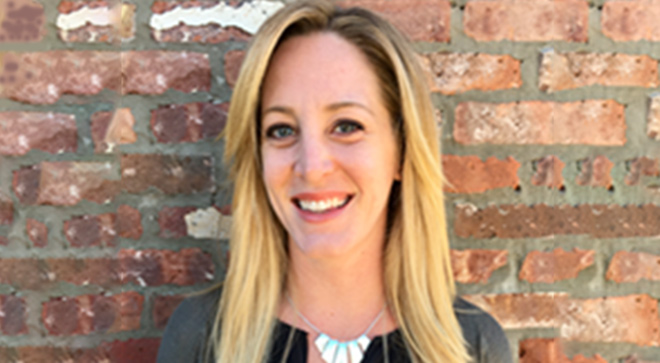 A diagnosis of primary immunodeficiency as a teenager, and later of autoimmune disease, didn’t discourage Ashley Hay, BSN, RN, from pursuing her dreams. Maintaining a positive attitude helped her circumvent professional roadblocks while managing chronic illness to craft a successful nursing career alongside, and away from, the bedside.

A DESIRE TO MAKE A LASTING DIFFERENCE

Ashley Hay has always loved writing. When the time came to choose a career path, she initially considered journalism but had been so inspired by stories of caring nurses who had helped her father during his treatment for osteosarcoma and leg amputation that she decided to become an oncology nurse instead. Because she had received immunoglobin therapy on a pediatric oncology infusion unit as a teenager, she believed she could one day care for this population, too.

Symptom management became challenging, as Hay worked the night shift while pursuing her bachelor of science in nursing, but her passion for the profession and a strong desire to continue learning helped her persevere. She advises nurses with chronic illness to make taking care of themselves their first priority. “Your basic needs must be met first to be able to provide great care,” Hay says.

Over time, the physical demands of nursing took a toll on Hay. With her career in the balance, she asked herself, “How can I possibly continue to use the skills I’ve worked so hard for in a way that my mind would be fulfilled and my body wouldn’t reject?”

One day, Hay came across an article by a nurse freelance writer. Until then, she had never realized her 2 passions, nursing and writing, could coexist. “Once I went into nursing, I had given up on writing,” she says. But then, Hay adds, she realized, “I could combine the expertise I had gained over the years with an ability to educate my peers.”

She admits that when she considered freelance writing, she initially suffered self-doubt: “Could I do it?”
RESOURCES FOR ASPIRING
NURSE WRITERS

A community of freelance healthcare writers and authors that offers insight, support, and accountability healthcaremarketingnetwork.com

A website offering resources and opportunities for networking allnurses.com/entrepreneursinnovators-hub

Resources for nursing career options away from the bedside
nnbanow.com

A hub for writing and publishing writersmarket.com


Upon reflection, she realized she had already ventured into healthcare writing in 2012 while working at Memorial Sloan Kettering Cancer Center in New York City. She had written up results of a project she had worked on and presented the report at a meeting of the Oncology Nursing Society. She had received complimentary feedback on her work, and the more she thought about it, the more she believed she could do it.

At the beginning of her freelance writing career, Hay collected data on other nurse writers. She researched and reviewed their writing clients, their rates, and their websites to help create her business plan and develop her website, ahaywriting.com.

Her initial submissions to publications were not accepted, and she felt discouraged but remained determined. Then an unpaid article for allnurses.com, the largest peer-to-peer nursing website, led to her first writing break. “They loved the article and asked to bring me on as a contracted writer,” says Hay.

As her writing business grew, Hay realized she’d need to use her assessment skills in a different way. “Learning basic business skills like invoicing, and creating purchase orders and contracts was an obstacle in the beginning and seemed overwhelming for someone with no business background,” she says.

Hay discovered that the network she had developed with other writers from the Healthcare Marketing Network and through allnurses.com proved to be a wonderful resource for helpful advice. “Ask other people. If I reached out, others were happy to help a novice writer. That’s how I learned what to charge and how to negotiate.”

CHALLENGES AND REWARDS OF FREELANCING

Hay’s hard work led to a growing portfolio of healthcare writings. During this time, her health required her to reduce her nursing hours. Ultimately, the time came to completely step away from the bedside to fully focus on freelance writing.

The decision was a difficult but necessary one for Hay. Being a freelancer means she has much more flexibility in her schedule to accommodate her medical needs. “It’s wonderful for my business when my calendar gets full, but sometimes my body has other plans for the day,” she says. “I get ahead when I can but take time when I need to, or have to, rest.”

In addition to writing articles, Hay has begun working as an oncology consultant and identifies public speaking as a long-term goal. She is also working on a book that documents the struggles of nurses with chronic illness and hopes to make a difference through sharing their stories. She encourages nurses who have stepped back from their bedside career but still want to use their experience to pursue their life’s passions. “Just go for it. Nurses are very resilient, flexible, intelligent people who have all the skills to do whatever we would like in our careers.”

Maureen L. Bonatch MSN, RN, is a fiction author and a freelance healthcare writer specializing in leadership, careers, and mental health and wellness. She is the owner of CharmedType.com and MaureenBonatch.com.

Discussions (26) >>
Talk about this article with nurses and others in the oncology community in the General Discussions Oncology Nursing News discussion group.

The Year of the Nurses' Voice
By: Brielle Benyon
External Resources