"We can say that this is a highly effective treatment," said Hauschild. "There is no doubt that patients with stage III melanoma will derive benefit [from this combination."

These findings validate the long-term benefit and use of dabrafenib/trametinib as a standard of care for this patient population, explained Hauschild.

In an interview with OncLive, a sister publication of Oncology Nursing News, Hauschild, a professor of dermatology at the University Hospital Schleswig-Holstein, in Campus Kiel, Germany, discussed the 5-year findings from the COMBI-AD trial.

OncLive: Could you provide some background on the COMBI-AD trial?

Hauschild: The COMBI-AD trial enrolled patients with BRAF-mutant melanoma. Roughly 40% of patients with melanoma have stage IIIA/B/C disease. These patients have lymph node [involvement] and/or skin metastases. Patients with stage IIIA disease needed to have micrometastases with a diameter of at least 1 mm [to be eligible for enrollment].

A total of 870 patients have been treated with the combination of dabrafenib and trametinib with conventional dosing—–approved for use in the stage IV and adjuvant settings––or placebo. The treatment duration was 12 months for all patients.

The primary analysis was conducted after median follow-up of 34 months; these results were published in the New England Journal of Medicine. Then, we had an updated RFS analysis with a median follow-up of 44 months. The updated 3- and 4-year data were regarding RFS. The first analysis showed RFS and overall survival (OS) data. Additionally, the primary end point of disease-free survival (DFS) and other end points of distant metastasis-free survival (DFS) and OS, all showed [a favorable trend with the combination]. The hazard ratio was around .50, translating to a 50% improvement in DFS, distant metastasis-free survival (MFS), if distant metastasis was the first site of relapse, and OS. This was all very impressive. After 4 years, we showed the same results with no major changes over that period of time.

At the 2020 ASCO Virtual Scientific Program, [we presented] the 5-year, long-term results from the trial.

What did the 5-year results of the trial show?

At the 2020 ASCO Virtual Scientific Program, we have updated RFS data that shows at 5 years, 52% of patients have not relapsed if they were treated with dabrafenib/trametinib. In contrast, 36% of patients treated with placebo are relapse free. These findings are statistically significant with a hazard ratio of .51 corresponding to a 49% improvement in RFS across all subgroups.

We conducted subgroup analyses for patients with stage IIIA, B, and C disease according to the American Joint Committee on Cancer (AJCC) 7th Edition Classification of Melanoma. Sixty-five percent of patients with stage IIIA disease in the dabrafenib/trametinib arm are relapse free versus 58% of patients in the placebo group, with a hazard ratio of .61. However, [these data are] not statistically significant because the number of patients in these subgroups was [limited], and the number of events was not higher than 52.

In patients with stage IIIB disease, the pattern looks different as 55% of patients in the dabrafenib/trametinib arm are still relapse free in contrast to 34% of the patients in the placebo arm, with a hazard ratio of .50. As there were many more patients in this subgroup, it's highly statistically significant.

It is needless to say that distant MFS data were updated. The update showed a hazard ratio of .55. Sixty-five percent of patients were free from distant metastasis at 5 years with dabrafenib/trametinib versus 54% with placebo. There is no doubt that this is a useful treatment for all these patients.

Was the safety of the combination evaluated in this analysis?

We don't have an update on safety or OS because all patients finished treatment, and we don't expect to see any changes in safety. About one-quarter of patients needed to discontinue the treatment, which had not been explained. It is much higher than observations made in patients with stage IV disease treated with the same agents at the same doses. Despite the high discontinuation rate, the data looked good. This could mean that patients who stopped treatment would eventually have the same outcome as patients who continued on the full year of treatment. Of course, this is speculative.

Interestingly, as this is a subsequent anti-cancer therapy, in patients who relapsed in the placebo group or the dabrafenib/trametinib group, the number of systemic treatments was almost the same. Most patients received some sort of immunotherapy, such as ipilimumab (Yervoy) alone or in combination with nivolumab (Opdivo). Also, roughly 20% to 30% of patients were re-challenged with BRAF and MEK inhibitors when they had progressive disease [on those agents].

What is the take-home message from the long-term analysis?

One year of treatment [with the combination] is now considered a standard of care and is included in our guidelines as a recommended [combination] for patients with BRAF mutations.

OS data need to be updated. According to the protocol, this update is event driven and will be reported within the next few years.

This article was originally published on OncLive as, "Dabrafenib/Trametinib Demonstrates 5-Year RFS Benefit in BRAF+ Melanoma." 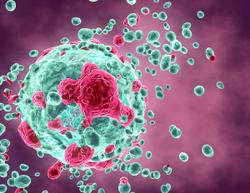