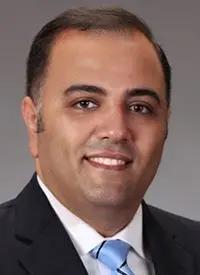 Findings from a planned interim analysis showed that the PFS benefit was observed in the prespecified mismatch repair deficient (dMMR)/microsatellite instability–high (MSI-H) patient subgroup and in the overall population. Additionally, a clinically relevant benefit in PFS was observed in the mismatch repair proficient (MMRp)/microsatellite stable (MSS) patient subgroup.

Although overall survival (OS) data were immature at the time of the interim analysis, a trend favoring the dostarlimab regimen was observed in the overall population, including the dMMr/MSI-H and MMRp/MSS subgroups.

Full results from the trial will be published in a medical journal and presented at an upcoming medical meeting. GSK intends to seek regulatory approvals for a potential new indication for dostarlimab in the treatment of primary advanced or recurrent endometrial cancer, and submission based on the results of RUBY are anticipated in the first half of 2023.

“Patients with primary advanced or recurrent endometrial cancer have limited treatment options. Long-term outcomes remain poor, and new treatment options are urgently needed to evolve the current standard of care, which is platinum-based chemotherapy,” Hesham Abdullah, senior vice president, global head of Oncology Development at GSK, stated in a press release. “Based on these positive headline results from the RUBY trial, GSK intends to seek regulatory approvals for a potential new indication for dostarlimab in the treatment of primary advanced or recurrent endometrial cancer.”

To enroll in either part of the trial, patients were required to by at least 18 years of age with histologically or cytologically proven endometrial cancer with recurrent or advanced disease.2 Stage III or IV disease or first recurrent endometrial cancer with a low potential for cure by radiation therapy or surgery alone was required. Patients also needed to have an ECOG performance status of 0 or 1 and adequate organ function.

Regarding safety, the toxicity profile of dostarlimab in RUBY was consistent with clinical trials of similar regimens. The most common treatment-emergent adverse effects in patients receiving dostarlimab plus chemotherapy included nausea, alopecia, fatigue, peripheral neuropathy, anemia, arthralgia, constipation, and diarrhea.