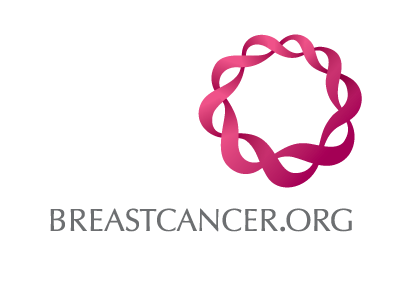 A genomic test (also called a genomic assay) analyzes the activity of a group of genes linked to the risk of a particular disease.

A genomic test (also called a genomic assay) analyzes the activity of a group of genes linked to the risk of a particular disease. The tests are done on blood or tissue samples. For example, a genomic test may help figure out if a woman diagnosed with early-stage, hormone-receptor-positive breast cancer has a high, medium, or low risk of recurrence (the cancer coming back), as well as if she’s likely to benefit from chemotherapy to reduce that risk.

A study suggests the Prosigna Breast Cancer Prognostic Gene Signature Assay (formerly called the PAM50 test) may help predict the risk of distant recurrence (the cancer coming back in a part of the body away from the breast) for early-stage hormone-receptor-positive breast cancer after 5 years of hormonal therapy treatment in postmenopausal women.

The study was published online on Oct. 20, 2014 by the Journal of Clinical Oncology. Read the abstract of “Prediction of Late Distant Recurrence After 5 Years of Endocrine Treatment: A Combined Analysis of Patients From the Austrian Breast and Colorectal Cancer Study Group 8 and Arimidex, Tamoxifen Alone or in Combination Randomized Trials Using the PAM50 Risk of Recurrence Score.”

The Prosigna test was approved by the U.S. Food and Drug Administration in September 2013. The test received the CE mark, which is Europe’s approval, in 2012.

The test looks at the activity of 58 genes (called the PAM50 gene signature) in early-stage hormone-receptor-positive breast cancer. Based on these activity levels, Prosigna test results are reported as a risk of recurrence (ROR) score in two ways:

The researchers wanted to see if the results from the Prosigna test would accurately reflect distant recurrence rates for postmenopausal women diagnosed with early-stage hormone-receptor-positive disease after they’d received 5 years of hormonal therapy.

The women in this study were all part of two studies that had already been done, so the researchers knew how many women had had a distant recurrence — the point of the study was to see how accurate the Prosigna test’s predictions were.

The researchers looked at the records of more than 2,100 women in two studies:

The ATAC study compared 5 years of tamoxifen to 5 years of Arimidex to treat early-stage hormone-receptor-positive disease in postmenopausal women. The TransATAC cohort was a subset of women from the ATAC study from whom breast cancer tissue samples were collected and stored.

From 5 to 10 years after diagnosis:

Still, it’s important to remember that this was a retrospective study. Until a prospective study is done, Prosigna test results shouldn’t be used to make treatment decisions. This is why the Prosigna test isn’t included in the National Comprehensive Cancer Center Network (NCCN) treatment guidelines. The NCCN is an alliance of 21 of the world's leading cancer centers. These NCCN centers collaborate on research, guidelines, and education to improve the care of people diagnosed with cancer.

In the future, a test that could help figure out whether a woman has a high or low risk of breast cancer coming back in a part of the body away from the breast more than 5 years after diagnosis may be able to help doctors figure out if there are some women who wouldn’t get more benefits from a total 10 years of hormonal therapy rather than 5. Research has shown that taking tamoxifen for 10 years instead of 5 years can better lower the risk of recurrence and improve overall survival for many women. If doctors knew that a woman had a low risk of distant recurrence, they might be able spare her the extra 5 years of hormonal therapy treatment.

When making treatment decisions, you and your doctor will consider a number of factors, including:

Armed with the best information possible, you and your doctor can decide on a treatment plan that makes the most sense for your unique situation.