A phase III trial evaluating the efficacy of nivolumab (Opdivo) for the treatment of advanced renal cell carcinoma has been stopped early after the immunotherapy agent demonstrated a survival advantage over the comparator drug, everolimus (Afinitor), in the CheckMate-025 trial. 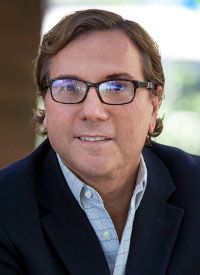 A phase III trial evaluating the efficacy of nivolumab (Opdivo) for the treatment of advanced renal cell carcinoma (RCC) has been stopped early after the immunotherapy agent demonstrated a survival advantage over the comparator drug, everolimus (Afinitor), in the CheckMate-025 trial.

Following on these results, Bristol-Myers Squibb (BMS), the manufacturer of nivolumab, announced that eligible patients in the everolimus arm can cross over to receive nivolumab in an open-label extension of the study.

The 5-year global survival rate for patients with metastatic or advanced kidney cancer is 12.1%, noted BMS, and more than 100,000 individuals worldwide die of RCC each year. “The results of CheckMate-025 mark the first time an immuno-oncology agent has demonstrated a survival advantage in advanced renal cell carcinoma, a patient group that currently has limited treatment options,” Michael Giordano, MD, senior vice president, Head of Development, Oncology, BMS, said in a statement.

CheckMate-025 randomized 821 previously treated patients with advanced or metastatic clear-cell RCC to 3 mg/kg of IV nivolumab every 2 weeks or 10 mg of oral everolimus daily until progression or unacceptable toxicity. Prior treatment with one or two antiangiogenic treatment regimens for advanced or metastatic disease was required, along with evidence of disease progression within 6 months of enrollment. Overall survival (OS) was the primary endpoint, with secondary outcome measures including objective response rate (ORR) and progression-free survival (PFS).

Previously published phase II data demonstrated clinical activity for nivolumab with acceptable toxicity in 168 patients with metastatic RCC (mRCC) who had previously received anti-VEGF therapy.1 Seventy percent of patients in the study (n = 118) had received more than one prior systemic regimen.

“Through our Opdivo clinical development program, we aim to redefine treatment expectations for patients with advanced RCC by providing improved survival,” Giordano said.

Results from a second successful trial in RCC were also released this week. In the phase III METEOR trial, the multikinase inhibitor cabozantinib (Cometriq) improved PFS and OS versus everolimus in the second-line setting for the treatment of patients with mRCC. Exelixis, the company developing cabozantinib, plans to file for regulatory approval of the drug in this setting in early 2016.

Nivolumab was initially approved in December 2014 for patients with unresectable or metastatic melanoma following treatment with ipilimumab (Yervoy) or a BRAF inhibitor. In March 2015, the PD-1 inhibitor was approved for the treatment of patients with advanced squamous non—small cell lung cancer who have progressed on or after platinum-based chemotherapy.

The FDA is currently reviewing an application for nivolumab in combination with ipilimumab in the frontline setting for patients with advanced melanoma. A decision is expected by September 30 of this year.

Neoadjuvant treatment with gemcitabine and split-dose cisplatin followed by surgical resection and lymph node dissection proved to be effective and well-tolerated for patients with high-risk upper tract urothelial carcinoma.