Rise in Some HPV-Linked Cancers Highlights Need for Vaccination

Death rates continued to decline for all cancers combined for men and women of all major racial and ethnic groups and for most major cancer sites, with the exception of liver, kidney, and thyroid cancer, which increased. Cancer incidence rates decreased in men and stabilized in women.

HPV vaccination can prevent HPV-associated cancers, and the Healthy People 2020 HPV vaccination target is 80%. According to 2010 national survey data, only 32% of girls aged 13 to 17 years had received the recommended three doses of the HPV vaccine, and coverage was significantly lower among the uninsured and in the southern states of Alabama and Mississippi, where cervical cancer rates were highest and recent Pap testing rates the lowest.

The low HPV vaccine uptake in the United States overall and among socioeconomic disadvantaged groups has been attributed to a combination of factors, including lack of healthcare provider recommendations, inadequate reimbursement, infrequent use of reminder/ recall systems that may foster completion of the threedose vaccination series, parental hesitancy, and general challenges in vaccine delivery to adolescents. Concerns that made headlines in the recent past were injectionrelated fainting and rare neurologic effects attributed to the vaccine.

A recent evaluation of the HPV vaccine after the administration of more than 600,000 doses, however, found no statistically significant increased rate of adverse events.

The CDC’s Advisory Committee on Immunization Practices recommends routine vaccination of girls aged 11 or 12 years with three doses of either a bivalent or quadrivalent vaccine and routine vaccination of boys aged 11 or 12 years with three doses of quadrivalent vaccine. Vaccination also is recommended for women aged 13-26 years and men aged 13-21 years who were not vaccinated previously (men aged 22-26 years may also receive the vaccine).

The bivalent HPV vaccine contains two types of purified virus-like particles of the major capsid L1 protein of HPV types 16 and 18, and the quadrivalent contains HPV types 6, 11, 16, and 18. Only the District of Columbia and Virginia have school mandates for HPV vaccination. However, the HPV immunization rates in Washington, DC (57.5%) and Virginia (54.0%) are only slightly higher than the national average of 48.7%, due in part to parental optout provisions in state laws.

Primary prevention of HPV-associated cancers is achieved through vaccination. Healthcare providers are in a unique position to educate themselves, their patients, and the public about the vaccine and ongoing research. The efficacy of less than three doses of the HPV vaccine is being studied, and second-generation vaccines that target additional HPV types are being developed. Although there has been some question about the need for reimmunization, current data suggest adequate duration of protection afforded by the currently approved bivalent and quadrivalent HPV vaccines. 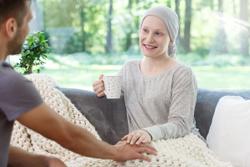