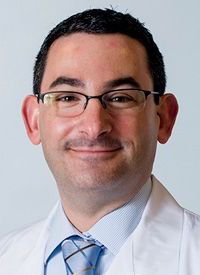 In the study, patients were randomly assigned 1:1 to receive a conditioning regimen of fludarabine and cyclophosphamide followed by liso-cel at 100 x 106 CAR+ T cells (n = 92) or SOC, which consisted of 3 cycles of standard salvage immunochemotherapy followed by high-dose chemotherapy and ASCT (n = 92). In the liso-cel arm, 63% of patients received bridging therapy while the CAR T-cell therapy was manufactured. Patients were allowed to cross over from SOC to liso-cel, with 66% of patients (n = 61) discontinuing SOC for liso-cel and 57 receiving the treatment.

There were 26 patients with a partial response at the interim analysis. At the primary analysis that was presented at ASH, 9 of these responses deepened to a CR, with 6 of these being in the liso-cel group and 3 in the SOC arm. An analysis of liso-cel persistence found CAR T cells up to 23 months following induction in 5 of 15 evaluable patients. The median time to peak CAR T-cell expansion was 10 days.

“Notably, the rates of complete response, event-free survival, and progression-free survival were lower in cross over patients than in patients on the liso-cel arm who received it in second-line, suggesting a benefit to earlier treatment,” said Abramson.

“Although prolonged cytopenias were more common in the liso-cel arm vs the standard of care, it did not result in a higher rate of grade 3 or higher infection,” said Abramson. “The incidence of CAR T-cell associated adverse events was low and manageable, consistent with prior reports for this CAR T-cell product.”

Based on an earlier assessment of the TRANSFORM study, the FDA approved liso-cel as a second-line treatment for patients with LBCL in June 2022. This approval was specifically for those with refractory disease or relapse within 12 months of first-line chemoimmunotherapy. The agent was approved with a Risk Evaluation and Mitigation Strategy for CRS and NE.