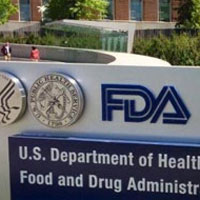 The FDA has approved ibrutinib (Imbruvica) for the treatment of adult patients with chronic graft versus host disease (cGVHD) following the failure of 1 or more lines of systemic therapy. The BTK inhibitor is now the first FDA-approved therapy for the treatment of cGVHD.

The approval is based on data from the single-arm phase Ib/II PCYC-1129 trial, in which ibrutinib induced an overall response rate of 67% (28/42 patients; 95% CI, 51-80) and showed clinically meaningful and durable responses in patients who failed at least 1 prior treatment for cGVHD. Twenty-one percent of responders had a complete response and 45% had a partial response. Additionally, most responders were able to reduce steroid doses to an acceptable minimal level.

The FDA previously granted a breakthrough therapy designation to ibrutinib in June 2016 as a potential treatment for cGVHD after failure of 1 or more lines of systemic therapy.

“Patients with cGVHD who do not respond to other forms of therapy—typically corticosteroids to suppress their immune system—now have a treatment option specifically indicated to treat their condition,” Richard Pazdur, MD, director of the FDA’s Oncology Center of Excellence and acting director of the Office of Hematology and Oncology Products in the FDA’s Center for Drug Evaluation and Research, said in a statement. “This approval highlights how a known treatment for cancer is finding a new use in treating a serious and life-threatening condition that may occur in patients with blood cancer who receive a stem cell transplant.”

In the PCYC-1129 trial, researchers evaluated 42 previously treated patients with cGVHD who continued on steroid-based regimens. Eligible patients had failed 3 or fewer prior therapies for cGVHD and had either more than 25% body surface area involving an erythematous rash or an NIH mouth score greater than 4.

The median patient age was 56 years (range, 19-74), 93% were white, and 52% were male. Sixty percent of patients had a Karnofsky performance score of ≤80. Patients had received a median of 2 prior treatments (range, 1-3), and the median time since cGVHD diagnosis was 14 months.

Eight-eight percent of patients had 2 or more organs involved at baseline. The most commonly involved organs were the mouth (86%), skin (81%), and gastrointestinal tract (33%).

Patients received once-daily oral ibrutinib (420 mg) in combination with ongoing therapies, including corticosteroids and other immunosuppressants, until progression/worsening of cGVHD, recurrence of underlying malignancy, or unacceptable toxicity. The primary endpoint was cGVHD response based on the 2005 NIH consensus response criteria.

The median time to response was 12.3 weeks (range, 4.1-42.1) and responses were observed across all organs involved for cGVHD. Twenty (48%) patients had a sustained response, defined as a complete or partial response that lasted for at least 20 weeks.

Twenty-four percent of patients discontinued treatment due to AEs. Fatigue and pneumonia were the most common AEs leading to discontinuation. Dose reductions due to AEs occurred in 26% of patients.

Based on the PCYC-1129 data, researchers initiated a phase III study to evaluate ibrutinib with corticosteroid versus placebo with corticosteroid as a first-line therapy for patients with new onset moderate or severe cGVHD. That trial is currently ongoing.

"Stem cell and bone marrow transplants can be life-saving treatment options for people with blood cancers or marrow failure syndromes; however, nearly half of transplant patients subsequently develop chronic graft-versus-host-disease, or cGVHD, in which the donor's immune cells damage the patient's normal organs and their quality of life," lead PCYC-1129 investigator David Miklos, MD, PhD, associate professor of medicine (blood and marrow transplantation), Stanford University, said in a statement. "With Imbruvica, we observed sustained responses lasting 5 months or longer across multiple organs affected by this debilitating condition for 48 percent of all patients. This approval represents a major advance and provides physicians with a new option for adults with steroid refractory cGVHD."

Ibrutinib was first approved in 2013 as a treatment for patients with mantle cell lymphoma, and has since gained further indications for chronic lymphocytic leukemia, Waldenström macroglobulinemia, and marginal zone lymphoma.