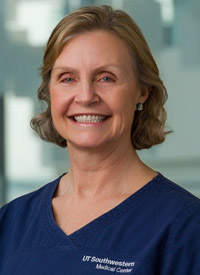 Intestinal blockages after abdominal surgery in patients with cancer—known as post-operative ileus (POI)—are common enough to require between $750 million and $1.5 billion in treatment every year in the United States.

Between 3% and 32% of patients in this population experience POI, which is caused by decreased gut motility, and 1 episode can cost up to $15,000 to treat, according to the lead author of a pilot study on the issue that was presented during the 42nd ONS Congress held in Denver May 4-7.

That’s not to mention what the authors described as “immeasurable pain and suffering for patients.”

But what if there was a simple, noninvasive, and inexpensive way to prevent POI in some patients? The pilot study conducted at UT Southwestern Medical Center, in Dallas suggests that there is and that oncology nurses are best positioned to administer it: chewing gum.

The study’s authors—Linda Chan, BSN, RN, OCN, Melissa Trevino, BBA, ADN, RN, OCN, and Sharon LeRoux, BSN, RN, CMSRN, OCN—moved forward with their project based on the strength of previous research that found evidence to support the measure. A 2015 meta-analysis of 81 studies and 9072 patients found that gum chewing had decreased the time to first flatus by 10.4 hours, the time to first bowel movement by 12.7 hours, and the length of hospital stay by 0.7 days, Chan reported at ONS.

Researchers have found a couple of reasons for the effectiveness of gum chewing in these patients, Chan said: It stimulates the vagus nerve that enervates the gut, and it produces saliva, which causes the gut to secrete gastric hormones. She added that studies show that sugar-free gum may be preferable in preventing POI. “The sweetening agents used in sugar-free gums are sorbitol or mannitol, which creates an osmotic effect, or diarrhea,” she said.

In the pilot study in a 32-bed surgical oncology unit, the 3 nurses considered how gum chewing versus no gum chewing affected POI status in patients with cancer hospitalized after abdominal surgery.

When patients underwent abdominal surgery, nurses worked with attending physicians to add a “may chew gum” order to their charts, when appropriate.
Regardless of their prescribed diet, patients were free to participate unless they were disoriented or otherwise unsafe to chew gum. Doctors’ medical orders were coupled with patient education in the form of packets explaining POI and that gum chewing might prevent it. Participation was voluntary, with nurses supplying regular or sugar-free gum to those who opted into the program. Gum chewing status was recorded in patients’ electronic health records.

Patients were advised to start chewing gum 6 hours after surgery or when fully awake, 4 times a day and as desired. Nurses offered gum when patients were alert, oriented and safe to chew it, and stopped offering it as of each patient’s first bowel movement after surgery. Nurses monitored patients’ gum-chewing status and communicated about it in between-shift huddles and in bedside reports, and on hospital-room white boards. Gut motility was measured via X-ray.

“Gum chewing is a low-cost intervention with little risk for alert, oriented, recovering abdominal surgical oncology patients who safely chew and swallow,” the authors wrote in their abstract. “This model is replicable in other surgical units.” They added that preventing just one incidence of POI would make the intervention worthwhile.

The nurses plan to follow up on these results by conducting a retrospective study comparing current POI rates in this population of patients with those recorded before the unit’s practice change in favor of gum chewing.