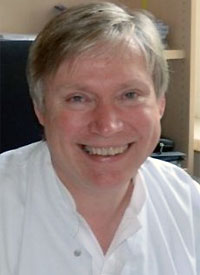 Results from the phase III KEYNOTE-024 trial, single-agent pembrolizumab (Keytruda) reduced the risk of death by 40% and improved progression-free survival (PFS) by 4.3 months in untreated patients with advanced non-small cell lung cancer (NSCLC) with PD-L1 expression on ≥ 50% of cells, when compared with doublet chemotherapy.1,2

Findings were presented at the 2016 ESMO Congress and published in the New England Journal of Medicine (NEJM).

“This data will completely change the management of patients with advanced NSCLC,” lead author Professor Martin Reck, MD, PhD, chief oncology physician, Department of Thoracic Oncology, Lung Clinic Grosshansdorf, Germany, said in a statement. “All endpoints of efficacy and tolerability favored treatment with pembrolizumab, suggesting it should become one standard of care for first-line treatment of patients with advanced NSCLC and high PD-L1 expression."

The study screened 1934 patients with NSCLC for eligibility, of which 1653 yielded appropriate tissue for testing. Overall, 30.2% of samples expressed PD-L1 on ≥50% of cells by immunohistochemistry. Patients with EGFR- or ALK-positive tumors were excluded. "The new treatment algorithm should include upfront testing for PD-L1 expression to identify patients who will benefit from first line treatment with pembrolizumab,” said Reck. “This is a landmark trial for the 30% of patients with advanced NSCLC who are high expressers of PD-L1."

Of those who met the PD-L1 expression requirements, 305 were randomized to receive pembrolizumab (n = 154) or chemotherapy (n = 151), which most commonly included carboplatin plus pemetrexed (n = 67). In the chemotherapy arm, 46 patients went on to receive maintenance therapy with pemetrexed and an additional 66 patients (43.7%) crossed over to the pembrolizumab arm following progression.

“The significant improvement in overall survival with pembrolizumab was remarkable, given that more than 40% of patients crossed over from the control arm to pembrolizumab after progression of the disease,” remarked Reck.

Patient characteristics were well balanced between arms, except for smoking status and the incidence of brain metastases. Overall, there were more patients in the chemotherapy arm who had never smoked (12.6%) versus the pembrolizumab arm (3.2%). Additionally, more patients in the pembrolizumab arm had brain metastases (11.7%) compared with the chemotherapy group (6.6%). However, these differences were not deemed statistically significant.

The median age of patients in the pembrolizumab arm was 64.5 years and the majority were males (59.7%). Twenty-two percent were current smokers and 64.3% had an ECOG performance status of 1. The most common histology was nonsquamous (81.2%).

“KEYNOTE-024 is the first phase III trial of pembrolizumab as first-line treatment in patients with high PD-L1 expression, who represent 27% to 30% of those with advanced NSCLC,” said Reck. "This is primarily an opportunity for patients without oncogenic alterations. More information is needed for those with alterations.”

“This study may change current practice for the treatment of patients with advanced NSCLC," Johan Vansteenkiste, MD, PhD, chief oncology physician, Unit of Respiratory Oncology, University Hospital KU Leuven, Belgium, commented in a statement from ESMO. "It is the first time a therapy has improved progression-free survival over the current standard first-line treatment with platinum-based doublet chemotherapy.”

In September 2016, the FDA granted a priority review to a supplemental biologics license application for pembrolizumab as a first-line treatment for patients with PD-L1–positive NSCLC, based on the KEYNOYE-024 data. The agency is scheduled to make a final decision on the application by December 24, 2016.

In lung cancer, the FDA granted an accelerated approval to the PD-1 inhibitor in October 2015 as a treatment for patients with pretreated advanced PD-L1-positive NSCLC across all histologies. The PD-1 inhibitor was approved along with a companion diagnostic, the PD-L1 IHC 22C3 pharmDx test, and is indicated for patients who progress on or after platinum-containing chemotherapy or EGFR-or ALK-targeted agents in patients harboring those mutations. References:
Start a discussion
You must log in to use this feature, please click here to login.