Neurokinins have been found to be important mediators of cough in the central nervous system of five different species of animals, but centrally acting NK-1antagonists have not been tested as novel antitussive agents in humans, explained lead author Amelie S. Harle, an oncologist with the Christie Hospital in Manchester, United Kingdom. Harle presented her team’s findings during an oral abstract session at the 2015 Palliative Care in Oncology Symposium held October 9-10 in Boston.

This exploratory, single-arm, double-blind, randomized, placebo-controlled, crossover trial enrolled 20 patients (mean age = 66) who had lung cancer and reported bothersome cough. The majority of participants (60%) were women, 80% of the cohort had a diagnosis of non—small cell lung cancer, and 50% of enrollees had advanced disease.

Participants received aprepitant (125 mg) on day 1 and 80 mg on days 2 and 3 or matched placebo capsules. After a 3-day washout period, patients crossed over to the alternative treatment (placebo or aprepitant) for 3 days (days 7-9).

The study’s primary objective outcome was a comparison of change from baseline in daytime cough counts as recorded by an FDA-approved ambulatory daytime cough monitoring device worn on the patient’s waist with a microphone on the lapel and an impedance monitor placed on the chest. The system allowed researchers to monitor cough activity remotely.

Harle explained that the crossover design was used because “patients’ own coughs can vary significantly, and we wanted them to act as their own controls.”

“The effect was modest,” continued Harle, “but interestingly, when we looked at the subjective measures, the patients were able to report that difference in all four of the measures we used.” For example, subjective ratings of cough using the Manchester Cough in Lung Cancer Scale were 25.2, 19.5, and 21.7, at baseline, on aprepitant, and on placebo, respectively (P <.001).

Harle noted that adverse events were minimal, and aprepitant was well-tolerated.

“Clearly, cough is a huge problem in many of our patients,” noted panel discussant Dorothy MK Keefe, MD, FRACP, FRCP, MBBS, of the Royal Adelaide Hospital in Australia. She said that although the study found that cough was not reduced in all patients, and some side effects of the intervention were observed, “It is a very interesting proof-of-concept study.”

Harle noted that cough seriously affects quality of life in patients with lung cancer, and these findings suggest that the NK-1 pathway may be a key component of cough mechanisms in this disease. “Further evaluation of NK-1 inhibitors is warranted, and we hope this will inform the design of a definitive trial in the future.” 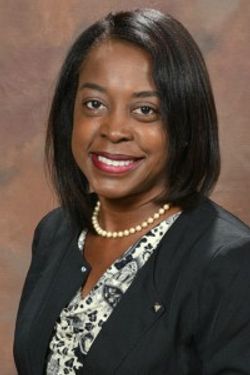