Oncology nurses are in a prime position to introduce meditation to their patients with cancer.

While the word “meditation” has become ubiquitous in American culture since popularized by Johnny Carson on everyone’s favorite late-night show in the 1960’s, there are still many people who don’t actually know what it is, especially among marginalized communities. Similarly, among those religious, there can be a fear of underlying proselytizing.

When people are confronted by a diagnosis of cancer, shock and fear often opens them to new coping strategies such as integrative medicine (IM). To that end, nurses and oncology social workers are in perfect positions to introduce meditation practice to patients and caregivers as a tool to address stress.

When talking about meditation, a three-step beginning helps, especially for those who are new to the concept of IM. By first educating a person that meditation is a practice to help quiet the mind and focus attention, it simplifies the practice and immediately identifies its benefits, which are more pronounced during a crisis such as cancer when both peace and focus are challenged on multiple fronts. Second, by providing analogies, nurses can normalize the technique citing: recitative prayer, walks in nature, soft music, silence, a cup of tea, and, believe it or not, running, fishing, and other individualized sports. These steps paint a familiar picture patients can relate to and normalize an understanding of where they might already be engaging in some form of meditation. After 45 years meditating and 20 years teaching it, I am still surprised at how that simple beginning, even for experienced meditators, creates or reinforces a foundation for the practice.

However, the third step is the most crucial. That is breath.

After a cancer diagnosis, our fight-or-flight response can kick in and we can get into a state of chronic hyperarousal. Introducing a 3-breath exercise to bring one back to the para-sympathetic nervous system is crucial to the practice that follows and, even by itself, managing breath can produce enormous benefit when fear begins to take over — and it will.

Oncology nurses know the importance of healthy breathing better than anyone. Grounding people in diaphragmatic breathing can be fun, provide a point of focus, and a simple way to raise awareness. Common breathing exercises are: one hand on chest and the other on the abdomen, with thumb on the navel; stand profile to a mirror and watch your chest and stomach expand and contract; standing, put hands on the bottom of the ribcage, and feel the expansion when you breathe in, especially in the back. This is not unique to meditation as other psychological theories such as cognitive behavioral therapy (CBT) that also incorporate the importance of breath.

Teaching new techniques without a foundation and understandable goals is bound to lead to failure, disinterest, or self-recrimination for not doing it right, thereby increasing anxiety. While many meditation practices are intertwined with Hindu and Buddhist teachings taught by gurus, those taught within IM centers are secular and presented as tools to achieve peace and maintain focus in the midst of every day stressors.

Transcendental meditation (TM) and mindfulness are perhaps the two most common meditation practices in the West and are backed by many years of research. TM, sometimes referred to as a one-point meditation, uses a mantra, a single syllable sound, as the point of focus to quiet the mind, with a goal of transcending thought, to no thought. People unable to go through the formal teaching can use an affirming one syllable word such as: love, hope, joy, health, or peace, thereby adding an affirmation to help quiet the mind. TM typically is a 20 minute sit twice a day.

More commonly practiced in United States is mindfulness, sometimes referred to as a two-point meditation; breath as the point of focus and non-judgmental awareness when you notice the mind has wandered. The truth is, thoughts start well before we are consciously aware of them. In times of crisis, those thoughts are often negative, and can spiral down into anxiety and/or depression. The metaphor “monkey mind” is often used to describe jumbled thoughts. Just as monkeys jump indiscriminately from tree to tree, our thoughts jump indiscriminately from idea to idea. The wandering mind is often triggered by somatic sensations in our bodies or psychic thoughts in our brains. A sensory sensation gets processed in the mind and attributes an emotion. Likewise a psychic thought gets held in our bodies creating tension. As a result, in both cases during crisis, negative thoughts or painful feelings increase one’s suffering.

A 3-breath exercise in one of the above positions, (breathe in filling the lower lungs, slight pause, then exhale, with a long pause after three breaths), almost always changes the tone and energy, and calms the mind. These 3 simple steps establish the foundation of meditation and can be presented in a common area or private place. If it resonates, patients can continue beyond three breaths and be referred to an IM practitioner to get additional grounding in the practice or they can go to CancerCare's meditation app with experienced teachers and hours of calming music. Perhaps most important, is to leave people with the feeling that doing it just once can help, and avoid leaving them with the feeling that this has to be a disciplined practice to reap the benefits. People confronting cancer are already feeling that they have to do everything right. Letting them know that they can use this tool as they feel and feel good about doing it when they do, in and of itself can be the reward.

The Art of Breathing 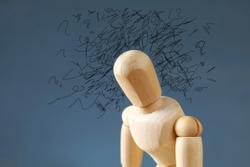 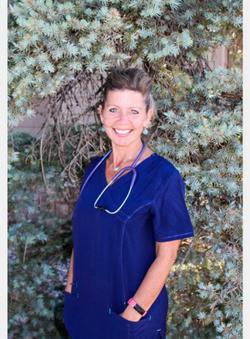 Three Easy and Inexpensive Steps to Becoming a Nurse Entrepreneur