In a phase III trial of nivolumab/ipilimumab to treat patients with melanoma in the adjuvant setting results showed the drugs missed their coprimary end point.

The combination of nivolumab (Opdivo) and ipilimumab (Yervoy) did not show a statistically significant improvement in recurrence-free survival (RFS) compared with single-agent nivolumab as an adjuvant treatment for patients who have had complete surgical removal of stage IIIB/C/D or stage IV melanoma and whose tumors expressed PD-L1 <1%, missing the coprimary endpoint of the phase III CheckMate-915 trial (NCT03068455).1

The Data Monitoring Committee made a recommendation that the study continue unchanged, according to Bristol-Myers Squibb, the manufacturer of the PD-1 and CTLA-4 inhibitors. The study remains double-blinded and will continue to assess the other coprimary endpoint, which is RFS in the intent-to-treat population.

In the placebo-controlled, double-blind, phase III CheckMate-915 trial, investigators are evaluating nivolumab at 240 mg every 2 weeks in combination with ipilimumab at 1 mg/kg every 6 weeks, versus nivolumab alone at 480 mg every 4 weeks for 1 year, in 1943 patients who have had a complete surgical removal of stage IIIB/C/D or stage IV melanoma.

Patients who were eligible for enrollment had received no prior anti-cancer treatment for melanoma, except surgery for melanoma lesion(s) and/or adjuvant radiation after neurosurgical resection for central nervous system lesions. Those with a history of uveal melanoma, have active or known autoimmune disease and had received prior treatment with interferon or another antibody or drug targeting T-cell costimulation or checkpoint pathway were excluded from the trial.

Earlier findings with the combination, which were presented at the 2017 World Congress on Melanoma, demonstrated a 3-year sustained relapse-free survival benefit in patients with high-risk, resected IIIC/IV melanoma.2 In a single-center, 40-patient study, adjuvant nivolumab combined with ipilimumab led to a 71% relapse-free survival rate at 3 years.

The primary endpoint was treatment tolerability; secondary endpoints were relapse-free survival and OS.

Regarding safety, elevated AST/ALT, endocrine disorders, and nausea occurred in both cohorts, but were significantly higher in cohort A, which had a lower nivolumab but higher ipilimumab dose schedule.

Nivolumab is currently approved by the FDA as a single agent or in combination with ipilimumab for patients with unresectable or metastatic melanoma.

Single-agent nivolumab is also indicated for patients with melanoma with lymph node involvement or metastatic disease who have undergone complete resection in the adjuvant setting. Moreover, ipilimumab monotherapy is approved by the FDA for the adjuvant treatment of patients with stage III melanoma with pathologic involvement of regional lymph nodes >1 mm who have undergone complete resection including total lymphadenectomy, and also for patients with unresectable or metastatic melanoma in adult and pediatric patients.

A version of this article originally appeared on OncLive® as, “Nivolumab/Ipilimumab Misses Coprimary Endpoint in Adjuvant Melanoma Trial”.

Nurses May Advise Patients on Immunotherapy to Increase Fiber Intake 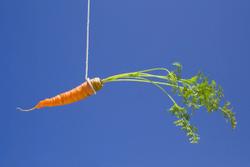