Screening for ovarian cancer offers limited value, especially when accounting for the disease's biological diversity, according to a study from the Duke Cancer Institute. Research has shown that ovarian cancer is not a single disease as was previously thought, but rather comprises at least 2 subtypes of varying aggression. The Duke researchers’ computer model predicted that ovarian cancer screening (CA125 and ultrasound) of women aged >50 years would reduce mortality rates by 15% in the single-disease concept and 11% in the 2-subtype model. The percentages vary because the single-disease screening does not account enough for the more aggressive, deadlier tumors. The researchers suggested that, in light of the paltry numbers, preventive measures beyond screening are needed to help control ovarian cancer. 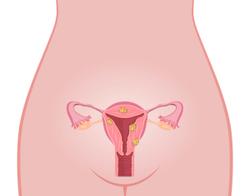