Patient Perceptions, Other Factors Linked to Fear of Recurrence

Fear of cancer recurrence is a common plight for people after they have completed cancer treatment, and recent research analyzed which patient characteristics were associated with higher rates of fear of recurrence.

Fear of cancer recurrence is a common plight for people after they have completed cancer treatment, and recent research analyzed which patient characteristics were associated with higher rates of fear of recurrence.

Oncology Nursing News recently spoke with study author Jacqueline Galica, PhD, RN, about her findings – and what oncology nurses can do to help mitigate fear of recurrence in their patients.

Oncology Nursing News: What puts oncology nurses specifically in a good role to discuss fear of recurrence with their patients?

Galica: Nurses are often that first point of contact to the healthcare system, and we are in this really unique position of trust, and this unique relationship develops. So I envisioned that if we could clarify what are the characteristics of survivors who are most likely have highest fears of cancer recurrence, this could be used by oncology nurses who are regularly seeing these people coming back to the clinics in their follow ups. [Nurses can help by] having that recurring conversation and that assessment that goes on in those conversations. And so that's what I really was striving for – for this work to be useful for oncology nurses in in those settings.

What were your findings? Which patients and patient characteristics were at most risk to experience fear of recurrence?

We used a theory, Leventhal’s Common Sense model, which is a theory that's commonly used to understand fear of cancer recurrence. We used this to identify what could be important characteristics to look at amongst cancer survivors. We looked at a number of characteristics.

What should nurses do if they identify patients who are experiencing or who are at high risk of experiencing fear of recurrence?

The first thing is to normalize that fear of cancer recurrence is a normal feeling after completing treatment for cancer. In our subsequent research, [we found that] people who've had their fear of cancer recurrence normalized [felt] liberated and that they weren't alone in this feeling. There wasn't something wrong with them with experiencing this feeling. So that is, first and foremost, to normalize. This is a normal reaction to completing cancer treatment.

But then, nurses have a very special role to provide education. This means educating: what are some symptoms to watch out for that could indicate a recurrence, when to report a symptom, who to report it to, what are some things that aren't symptoms of recurrence, but just maybe long-term symptoms or side effects from treatment. So just helping patients navigate those uncertainties can help reduce the likelihood of their fear of cancer recurrence.

Encourage patients to really engage in positive coping, stress reducing activities. So recreational hobbies, that they enjoyed pre-cancer, yoga meditation. Also, remind patients that there will be some triggers to further fear of cancer that will trigger fear of cancer recurrence, this may be the anniversary of their diagnosis, this may be a mammogram or some sort of follow up testing. It's normal to have these feelings coming back around those milestones. And so that that awareness about that, even asking things like, “it sounds like you've been worrying a lot about this. Can you tell me more about that?”.

Encourage that dialogue – it helps further to normalizing how patients are feeling or survivors are feeling. It's making it a part of their cancer care, and it's helping people externalize some of those feelings. Yeah, I think that's one of the things that nurses can do. 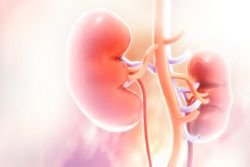